Breastfeeding From One Breast 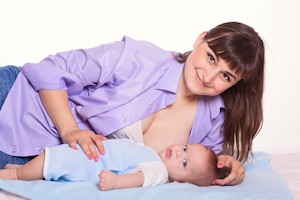 Has anyone breastfed from one side only? If so, how did you do this and did you produce enough milk?

Have you successfully breastfed from one side only? Share below