Can I afford another child? A Mum of Five’s take on the question that plagues parents 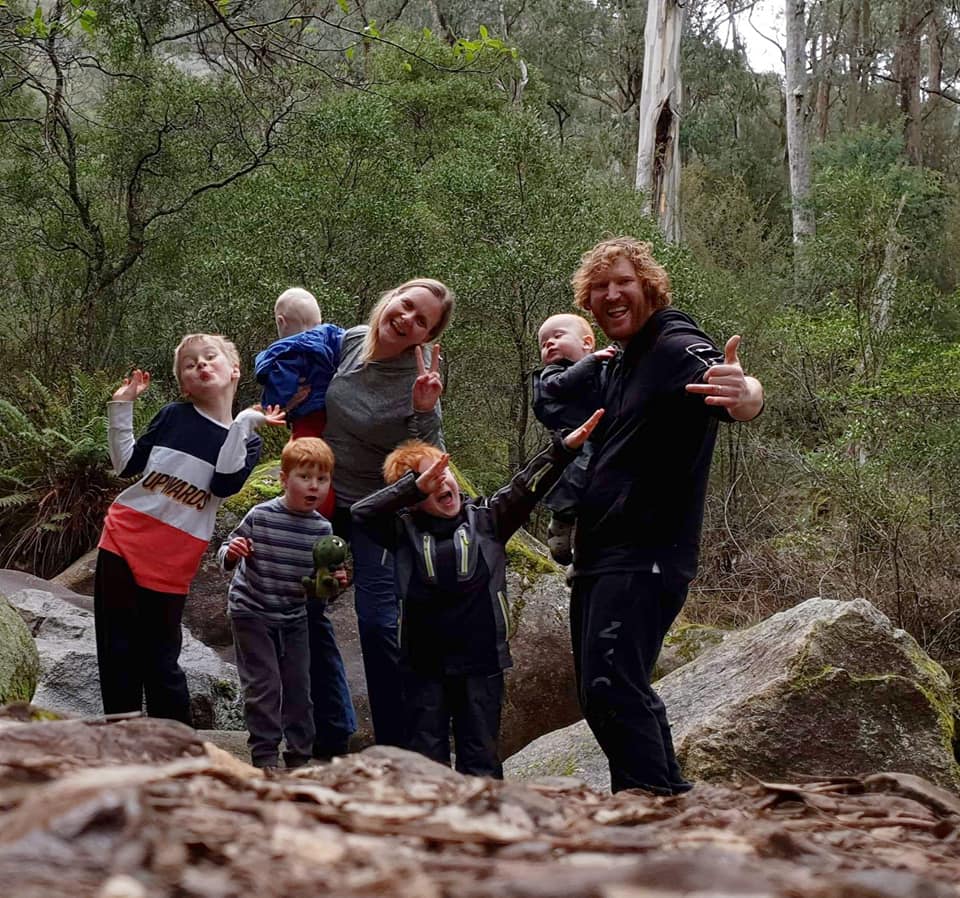 However, I want to give you the other side as a mum of 5 kids.

The honest truth is that for me, having a large family has turned me into a badass budgeter. Finding out my fourth and final baby was twins sent me into panic mode, then got me doing some serious research into how other mums of large families did it. I dedicated myself to the study of how to be frugal and how to change myself from being a spender into a saver.

I was heavily pregnant with my second set of twins when I picked up the Barefoot Investor book; a choice I probably would’ve passed over before, but one that has been life-changing for our family. Yes, daycare fees are definitely a large expense. Nevertheless, here are the ways I’m saving money since entering big family territory:

*Now I have a large family, I’m doing what I used to think was impossible; supporting a family of 7 on one wage and still managing to save money.

*Having twins meant we had 3 daycare aged kids. Ultimately we found 3 kids in daycare not worth it due to the babies getting sick and the interruption to our jobs. My husband stopped work to look after the kids and I continued to work full time. Curiously, dropping the part time income didn’t affect us too much. On one wage, our 4 year old’s kinder fees were lower, we didn’t have daycare fees for our babies and the constant sick/carer’s days interrupting income ceased, meaning a more stable income. Our fuel bill went down due to hubby not commuting to work and our family tax benefit went up. Perhaps most importantly of all, having a stay at home parent to take care of a number of tasks meant we were less likely to make those impulse purchases that you make when tired; purchases like take away lunches and numerous on the go coffees. Gaining back time for planning meals has been invaluable.

Rising costs isn’t inevitable if you shop around

* I started negotiating better deals to bring our daily expenses down. I’ve successfully negotiated a lower interest rate on our mortgage, lowered our internet and went pre-paid with phones, cut out unused subscriptions, reduced to the cheapest plan on Netflix, changed insurance providers and energy providers to get better deals. I was able to reduce our living expenses quite a bit this way.

*My grocery spend is the same now as it was pre-kids, which shows how much I was wasting before. I’ve learned how to be a savvy shopper and how to make meat stretch by bulking it out with beans, lentils and veggies and still eating yummy meals. I was spending a lot more per-week with 3 kids but have cut it right back with 5 kids. On top of this I shop smarter and make the most of Flybuys and Woolworths Rewards programs, saving the points money towards Christmas costs.

*I used to buy take away dinners once a week. Now I buy take away perhaps once a month, choosing instead to do home-made versions of our favourite take away foods.

Pay off debt and avoid loans

*We’re debt free besides the mortgage. Pre-kids we were always re-borrowing off the mortgage or personal loans/credit cards for stuff we didn’t really need. Paying off our remaining personal loan earlier this year gave us the flexibility we needed to live on one wage.

*We have an emergency fund now and were able to support ourselves through hardship last year which resulted in a significantly reduced income for a time. We had no savings pre-kids and had to borrow money off family if we hit a rough patch.

*We do a little bit of side-hustling to bring in extra money. Just odd jobs that we can fit in. Hubby’s side hustle money goes towards restoring his classic car. Pre-kids that car just sat there for years and plans of doing it up never turned into action.

*I get a kick out of planning cheap outings for my family and can usually do lunch for under $15 for the whole family. Pre-kids we spent $70+ eating at a pub, plus all those bought drinks.

*Pre-kids we bought a lot more convenience options that added up to a lot of wasted money. When we found out we were having our first set of twins we bought a coffee machine (a wise investment that has probably saved us bajillions!) and we make our own lunches a lot more often.

*On the advice in the Barefoot Investor book, I’ve bought shares for myself and hubby and have Investment Bonds for the kids. Investing is something I never even considered before kids. Thanks to Barefoot, I’m all over it.

Holiday on the cheap

*Our holidays are much cheaper. We camp close to home and the kids have a ball. Kids have this ability to appreciate the smallest things, like a leaf, a flower, marshmallows over the campfire…
Kids don’t want fancy holidays in exotic locations, they just want to be with you.

*We’ve gotten a lot better at sussing out cheap/free fun things to do instead of just paying for expensive things. We love to bike ride the rail trails near our home for instance, fun and fitness in one package!

*Despite having more people to support, we’re better set up financially than ever and have a plan for our future instead of just living payday to payday like we were before.

*Plus the biggest thing of all; amidst all the hard work and the craziness that is life with lots of little people- it’s actually really fun to be surrounded by a big, awesome family with whom to share moments and make memories. Joy is not dependent on how much money you have but by the people you get to share your life with.

Yes, kids are expensive, however, they’ve taught me so much about how to be frugal and how to budget and plan for the future. Without my large family I never would’ve learned the valuable lessons I know now.

As the old saying goes, you only regret the child you don’t have.

Deidre is a busy mum to 5 little boys including 2 sets of twins, who loves to share her experiences of life as a double twin mum. She is a full time secondary school teacher, is the main breadwinner and in her very limited free time she enjoys writing, reading, social media and is an avid fan of The Barefoot Investor. Deidre lives with her hubby and sons in North East Victoria in a quaint old house that is bursting at the seams with little boys! You can follow Deidre on her blog 'Aussiemum Unleashed' 'Aussiemum Unleashed'