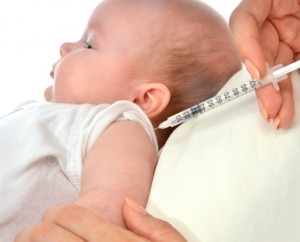 Whooping cough has been a bigger news item than ever this month after the tragic death of four week old baby Riley Hughes in Perth. Today we welcome great, factual reading about whooping cough and your family from our resident GP Melissa Homewood.

Whooping cough is caused by a bacterium called Bordetella pertussis. It is highly contagious. Infection with the disease does not confer immunity and you can catch it again – hence even if you have had whooping cough, you still need up to date vaccination. Because whooping cough can be deadly in young infants (usually under six months) one of the main roles of our immunisation program is protecting this vulnerable group. In this age group, mortality rate is 0.8%.

Despite our immunisation program pertussis remains reasonably common. That is not to say that vaccination has been ineffective – indeed as well as much lower rates of disease and death since the introductive of the vaccine, those who do contract pertussis post vaccination tend to get a much milder illness.

There are a couple of reasons for the continued presence of pertussis in our communities:

Updates were made in March 2016 to the Australian Immunisation Handbook. Both are aimed at protecting young babies from contracting whooping cough which we are sadly reminded (too often) can be deadly.

Who else should be vaccinated/receive boosters?

Have a talk to your doctor if you have any questions about whooping cough and vaccination recommendations. Between starting this article and completing it, some big changes have been introduced so this is an evolving area! I think this is a great example of how our health authorities are continually monitoring the success of the vaccination program and making appropriate changes when needed to provide better protection for our communities.

Where to find more information

You can see all of Melissa’s articles here.