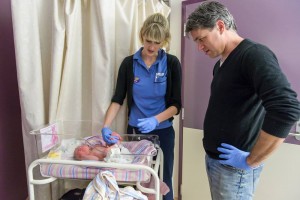 When I was presented with my first child, the total time I’d held a baby was about ten minutes total – comprising a half dozen awkward encounters with friends’ or family members’ babies being thrust at me, which I then held uncertainly until someone put me out of my misery and took it away again, probably because it was screaming, probably because it sensed my complete and utter lack of what to do with babies. I was HOPELESS.

I’d never changed a nappy, never even seen one being changed. During a party we held a few years ago, a harassed parent with a screaming toddler handed me a nappy sack asking if I could put it in the bin. I held it away from my body like it was radioactive, holding my breath, screwing up my face and running through the house brandishing it at anyone in my way. Before I became a Dad, I was horrified by the thought of nappies. My sense of smell is pretty acute and I honestly didn’t know if I could do them without throwing up.

However, like so much in life, there’s no substitute for just getting in there and doing it. With one daughter aged 22 months and the other nearly 6 months, I reckon I’ve clocked well over 1,000 nappy changes by now and as such consider myself something of an expert. So here are a few tips for those of you who are utterly new to the experience and dreading it as I was.

The pre-natal classes at the hospital are definitely worth taking. In addition to all the essential info about what will happen during & after labour, health risks & management, birth plans and so on, they’ll give you a fair idea of the techniques involved in changing nappies, giving baths and swaddling. None of it is rocket science but it’s definitely worth having a midwife help you practice on a nice clean doll, rather than trying it for the first time with a live, writhing, screaming creature lavishly slathered with its own excrement.

Oh, man. The very first one after they’re born is SPECTACULAR. It’s like black tar mixed with green industrial adhesive, and by some freak of physics there’s considerably more of it than could possibly fit inside a tiny 3-4kg baby. I wore gloves and still managed to get some on my jeans. It’s just awful. However, I very strongly recommend you do that first change – STRONGLY recommend it – because it makes every other nappy for the rest of your life seem extremely manageable by comparison!

Blessed be their name. Use them. Lots of them. Don’t feel bad about using several each change. Eventually your technique will be such that you’ll rarely need more than one (you fold them and use fresh sections for each affected area), but just use as many as you’re comfortable with. I tried to be as efficient as possible to begin with, until I discovered my wife using half a dozen at a time.

We went through a lot of brands before we found what worked for us. After much happy experimentation we arrived at cheaper ones during the day (when they’re changed every 2-4 hours) and more expensive ones overnight (when they have to last 10-12 hours). Some friends found the expensive ones leaked; others found the cheap ones’ Velcro attachments failed. Kids are different, parents are different. If something seems wrong, try another brand – there’s plenty out there.

Yep, You’re Gonna Get Some On You

It’s inevitable. Happens to all of us at some stage. I can guarantee you 100% that your reaction won’t be one of anger or disgust, it’ll be one of amusement. You’ll laugh your arse off, and you’ll tell the story to every other parent you know, who will also laugh and then reciprocate with their own stories. We’ve all got ‘em, and we LOVE telling ‘em. Collect them like badges of honour.

Newsflash: It’s Actually Not That Bad

Take it from someone who understands the deep-seated revulsion many Dads feel at the thought of changing nappies. I really do get it – I felt it myself. Almost all of us feel the same thing. If you’re soft, then so am I, and so is just about every Dad ever. It’s a natural reaction. It’s also a massive over-reaction.

Remember, newborns only drink milk for the first few months. It’s not like they’re eating extra-hot beef vindaloo and dodgy streetside kebabs; there’s nothing in their system to create anything really nasty. You wouldn’t exactly bottle its essence and sell it as cologne, sure, but if you can survive the smell of the average airport toilet without throwing up, you’re going to be completely fine.

More than that, while you’re changing them you’ve got this utterly gorgeous, completely adorable little face looking up at you – and once they’re cleaned up with a fresh nappy, their little tummy is primed and ready for a tickle and a good loud raspberry.

So relax. As I said in a previous article, if I’m changing my baby girl, we’re spending time together which means I’m happier overall than I ever was before she was born. Nappies are just another part of the whole parenthood deal, and I’m sure you’ll agree in time that the good outweighs the bad a thousand to one.

How to prepare for the best newborn photography 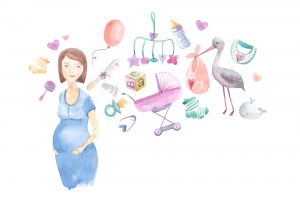 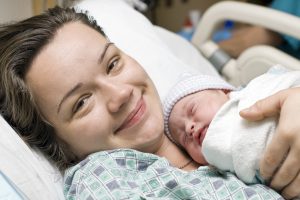 Newborns in NSW set to receive a ‘baby bundle’ worth $150