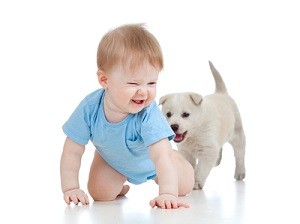 I want to ask about our dogs and crawling baby. We have a 9 month old boy and two Maltese shitzus (4&2) since my sons been crawling he goes up to the dogs and they have both snapped once each! After people to advise who may have dealt with this.

Read tips on introducing your dog to your baby