Getting baby to sleep past 5am 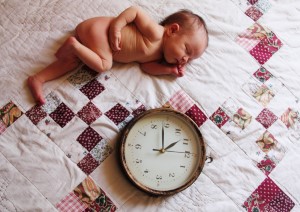 I’m looking for some ideas to help my 9mo dd to sleep past 5am as I’m about to go back to work. I know we are very lucky as she’s a brilliant sleeper going down at 6.30/7pm but the last 3 weeks she has been waking early at 5am. I know she is capable of sleeping through as the 6 months prior she would sleep though to 6.30am. She doesn’t seem to be too hot or cold and she’s never leaked through her nappy. Could it be a growth spurt causing her to be hungry? Any suggestions for what I can try?