12 week gender ultrasound – is it accurate?

Question from the Baby Hints and Tips Community: I am expecting baby #3 and after 2 boys have just found we are having a girl. While I am super excited either way a little part of me is nervous that they got it wrong. How often is a 12 week gender ultrasound wrong? Scan was at 19w 3d and I have about 4/5 potty shots which has no evidence of boy bits…..not sure if I should get rid of my boy things just yet. 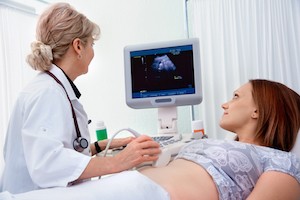 Is the 12 ultrasound accurate for gender prediction?

While most sonographers will happily give you their “best guess” there’s no way to know your baby’s gender for sure until you’re holding that baby in your arms.  Even then some mums argue that your child’s gender isn’t official until your child tells you their gender.  The 12 week ultrasound is the first chance to get a peek at your baby’s sex organs and maybe some idea of what gender your baby is – but at 12 weeks, it’s by no means guaranteed accurate.  Learn more about ultrasound gender prediction here: When can you find our your baby’s gender?

Learn about the Chinese chart for gender prediction here.