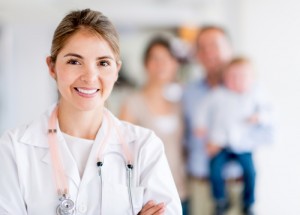 A rash on a baby tends to cause parents a lot of concern. This is often because of the association with “rash” and meningococcal disease and/or because they can look quite impressive and be accompanied by an irritable, unwell child.

I would never rely on “Dr Google” or information like this to diagnose your child’s rash. Nothing compares with a doctor seeing the rash (and therefore the whole child) in person. Although the rash is often the most obvious part of the presentation it may be a hint to an underlying cause that needs to be treated, or there may be associated issues such as dehydration that are perhaps less obvious.

I see a lot of rashes and to be honest, a lot of the time they are non-specific and we don’t get an exact answer as to what the cause is. Even if we can’t say exactly what the rash is, what we can do by physically seeing the child is determine whether or not they are seriously unwell.  We can often also determine what the rash is not – e.g. not meningococcal, not measles, not chickenpox.  This is done both by the appearance of the rash and the story of the illness/other symptoms present that give us clues.

One of the things we look for in a rash is whether or not it is “blanching” – that is, it fades away when pressed. The meningococcal rash is referred to as a “petechial” (small purple/red pin point dots) or “purpuric” (bigger purple/red often bruise-like spots) rash and it does not blanch or fade away with pressure. Of course there are many other causes of a non-blanching rash but it is always worth getting these sort checked.

One way of testing a rash is putting the base of a glass over it and applying some pressure. If the rash is blanching, it fades away and you can’t see it through the glass. If it is non-blanching, you can still see the rash through the glass. Having said this, no matter what the rash looks like if your child seems unwell they still need review.

Below are some common childhood viral infections that present with rashes. There are obviously countless more vague/non specific rashes caused by viruses, but also rashes that could be due to medications, allergic reactions, other illnesses or infections and skin conditions.

Parvovirus, otherwise known as “slapped cheek” or “fifth disease” is a common childhood virus. As the name suggests it is caused by Parvovirus B19 (not the same as the one affecting dogs) and is spread by airway secretions (coughing/snot for example). It is most contagious before the rash appears. Some children have no symptoms, others may start with low-grade fever, mild headache or cold type symptoms and then a few days later develop the classic “slapped cheek” rash in which the cheeks are red and hot. This often lasts a few days. It can then be followed by a pink rash on the arms and legs (sometimes chest/back/tummy) that has a lace-like appearance and can be a bit itchy. This rash can persist for weeks, often looking more obvious in the heat.

Although parvovirus is usually a fairly mild disease, it can be a problem if a pregnant woman contracts it (particularly in the first half of pregnancy). Luckily many women are immune having been exposed to the virus in childhood. Around 1/3 of women who contract parvovirus during pregnancy may pass it on to the baby with consequences ranging from nothing to hydrops foetalis (abnormal accumulation of fluid in the baby) and foetal death.  Should a pregnant woman be concerned about possible parvovirus, it is best to see her doctor and have blood tests to determine if she is immune or not and detect infection so the baby can be appropriately monitored with ultrasound.

Often known simply as “roseola” or “sixth disease”, Roseolum infantum is a very common viral illness usually seen in infants (most children will have had it by the time they are 1). It is caused by the human herpes virus 6 and spread by airway secretions. It has a characteristic story and appearance. Typically the baby is unwell with significant fever for around 3-5 days, often with runny nose/sore throat/congestion, irritability and tiredness. As the fever starts to settle a rash appears on the body. It is usually small light pink/red slightly raised spots that fade away when pressed (“blanching rash”). It is not itchy and it doesn’t blister. It mainly affects the chest/back/tummy and may spread to the arms and legs. The rash can last hours to days. The most common complication is a febrile convulsion (caused by the high fever) – which although scary is rarely harmful and generally has no long-term effects.

This is a common, relatively mild infection (despite its often quite impressive appearance) mainly affecting children. It has a fairly characteristic appearance of raised spots that often blister affecting the hands, feet and mouth (although not necessarily just confined to these areas).  It is usually caused by a virus called Coxsackie, although can be caused by other viruses called Enterovirus as well.  Although having the infection usually means the child is immune, because there are a few viruses that can cause this rash some children will have it more than once. It is spread by direct contact, nose/mouth secretions and faeces (note the faeces can be contagious for a month afterwards so good hand hygiene is important).  The blisters are infective until they have crusted over.

There are usually about 3-5 days between exposure and symptoms. Apart from the rash the child may have fever, irritability, sore throat, loss of appetite or mild diarrhoea. The rash often starts as pink spots that then rise up and become little blisters.  They often appear as ulcers in the mouth and can be very painful to the point the child does not want to eat or drink. They usually crust over and resolve in about a week and don’t leave scars. Occasionally a few weeks after infection the fingernails shed off (they regrow normally). This virus is not known to be an issue with pregnant women.

Baby teething remedies – what does your GP say? 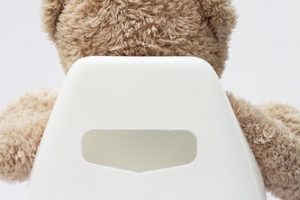 Baby constipation – does your baby suffer? 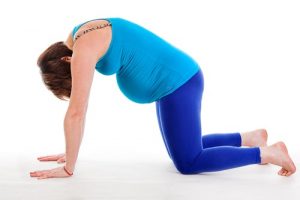