Studying while still trying to be the perfect stay at home mum. 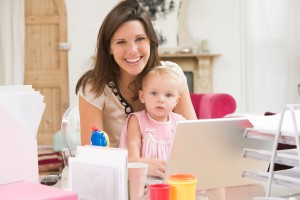 When I fell pregnant, I thought, “Awesome, I can go back and do the studying I wanted to years ago, I’ll be able to do it on-line while the baby sleeps, this will be a BREEZE!” When I think back to those thoughts now, it actually makes me Laugh. Out. Loud.  Not only did it take me almost two years after my daughter was born to finally enrol in my dream course (Nursing and Midwifery), I was completely underprepared for what lay ahead for the next who-knows-how-many years.

I consider myself a pretty organised person, if it’s not in my diary, it doesn’t happen; simple.  If you came to my house, you would be hard pressed to find anything out of a box or container, or at the very least labeled.  However, studying again after ten years of working full time and then becoming a Stay at Home Mum completely threw me into a tailspin.  If I’m to be honest, I think it took me almost nine months of classes, exams and assignments to actually find a routine and stop feeling like I was losing my mind almost every single day.  I literally second guessed my decision to return to study every time I sat an exam.

If you’re a Stay at Home Mum, let go of the mummy guilt before you start your studying.  This ‘mummy guilt’ very nearly changed my mind completely.  When someone says to you, “Oh, I don’t know how you can stand to be away from (daughter) for so long, I couldn’t possibly do it”.  That simple statement is a sure fire way to make even the best of mothers feel dreadful, and it did.  I think I replayed that exact sentence in my head on an hourly basis during classes for the entire first term.  The one thing that got me through it was the fact that 75% of my classmates were mothers as well, had they not been so open in feeling the same, I may not have continued.

Making the decision to study is great, but it takes commitment and a lot of it!  In the last year we have had at least six people drop out (and we’re a part time class!)  If you’re going to do it, don’t you want to do it well rather than just ‘coast’ on through?  Make the decision early that this is it and you CAN and WILL get through it.

3. ‘Study’ organising is in a whole different league to organising a household or work!

I was kidding myself thinking ‘I’ve got this in the bag’.  As we all know, children are the most unpredictable things that will ever enter our lives.  I crazily thought I’d be able to set my (then nearly 2 year old) daughter up with some activities and I’d get a couple hours of study time each afternoon I wasn’t in class.  That doesn’t happen.  Ever.  There goes my calendar with blocked out ‘study’ times and ‘play’ times.

Most classes start at 8am and most campuses (much to my horror) have little to NO parking, so you need to be prepared to get there early or car pool if you want an actual car space anywhere near your classroom.  I actually get to the car park 45 minutes before class and reply to emails over a ‘real’ cup of coffee (not the Nescafe green blend I drink at home).  I make everyone’s lunches the night before, iron uniforms, pack the car with whatever books I need for class the next day, check my diary for anything due and check it again, and then PRAY my daughter doesn’t decide tonight’s the night she wants to get up five times for a ‘glass of water’ or ‘go to the toilet, but needs me there’ or ‘pet the dogs’ (yes that’s an excuse in our house!)

5. You have to be prepared to study of a night time once the kids are in bed.

This has been one of the only reasons I have gotten through my first year of nursing study.  I LOVE my sleep and dreaded the thought of having to start studying at night, but it’s not as bad as it seems, once you’ve done it for a few weeks, it quickly becomes a habit.

I cannot reiterate enough how important support is.  The support from my husband has been vital; I would not have survived the year without him.  It’s the simple things, on exam days he does the day care drop off so I don’t even have to think about it, allowing me to focus on getting my mind in the zone for my exam rather than arguing about things like gumboots and tutu’s for day care.

7. Be open and honest with your teachers and lecturers.

Most of them have been parents too so they know how tough it can sometimes be juggling a family and studying, and most of the time you’ll find they’re a lot more understanding than they appear and they genuinely do want you to succeed so will likely help where they can.

I hadn’t written an essay in ten years and all of a sudden I had all these essays to write in formats I’d never even heard of, didn’t I feel like a bit of a dill!  One of my teachers advised to seek out the ‘study skills’ team based in the library and get some guidance.  Asking for help as a thirty year old was the very LAST thing I wanted to do, a thirty year old should know how to write an essay right?  Well, no.  When I finally got up the courage to go and see her, I was surprised how great she was. I had all the right ideas and she said I had a great writing style but gave me a few pointers on how to make it the ‘format’ my teacher was asking for, and guess what?  I got a fabulous mark in return so it paid off!

9. Be open to making new friends.

Yes you’ve got your own friends and you’ll probably never see these particular people again after the course ends, but you will need someone who understands in your corner.  Friends and family are fantastic but when you’re giving them twenty pages of anatomy and physiology and asking them to test you on it, watch their eyes bug out of their head because (in hubby’s own words) “What the?!?! It’s like another freaking language!!!”  Make study dates and test each other!  You’ll be surprised how much more you learn when you can bounce things off someone at the same scope of practice as yourself.

Make the weekends (and days in between classes) count with the family, take the holidays as an opportunity to zone out, and RELAX.  It’s like anything else, you can only do so much at full throttle before you burn out. Take the time in-between before you get to that point because it’ll be all too easy to throw in the towel when at that point, and I can assure you, you’ll regret it forever.

Don’t get me wrong, I still get an itty bitty case of the guilts when it gets towards the end of the term and I’m starting to really miss my baby girl, but I know that I’m doing this for the right reasons. It’s not forever and it’s for OUR future as a family.  It may have taken me almost twelve months to finally be confident in my decision to go back to study, but I now know it’s the right decision for me.  Everyone else has dreams, why can’t I have one too?

How to Choose the Best Childcare Centre for Your Family 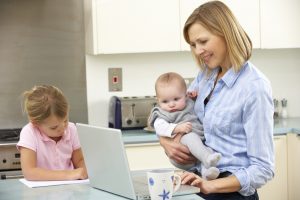 How to deal with guilt as a working mum 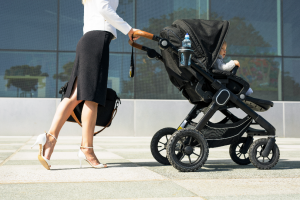