Can I stop my 8 month old rolling in their sleep? 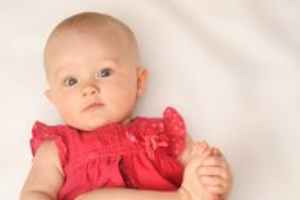 Lately I’ve been waking up to find that my 8mo has rolled over in her sleep and is face down in her cot, I flip her back over on her back but as soon as I do she wakes up, I was wondering if there was anything I can do to stop this from happening?