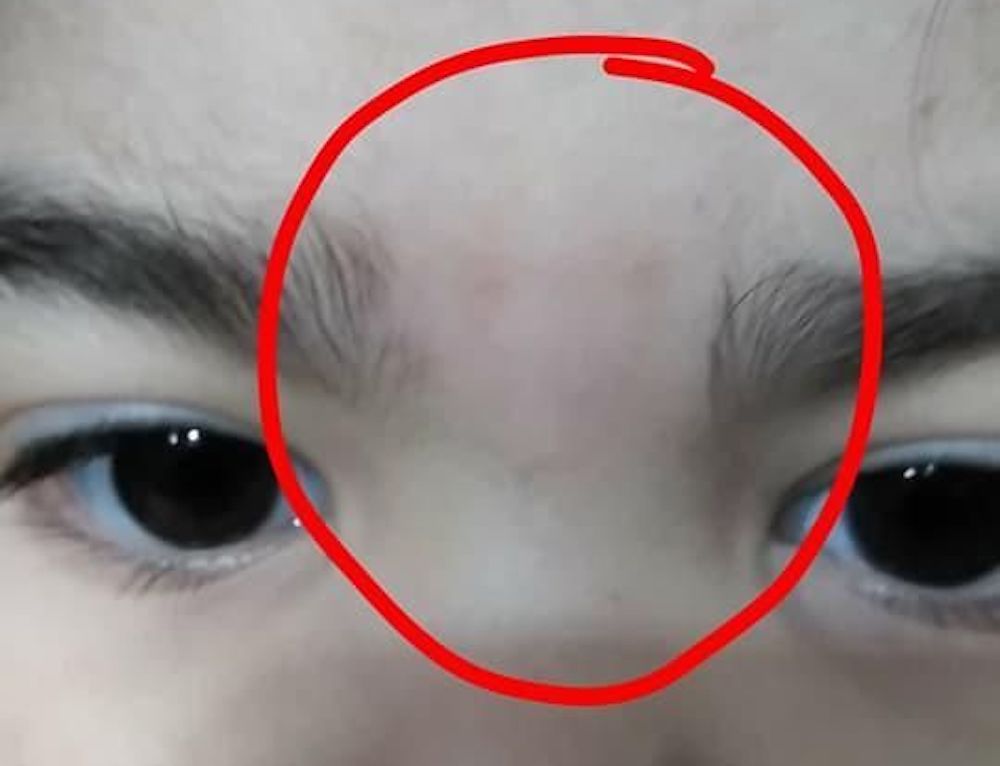 The child (who’s name has not been revealed) attends a child care facility at a Washington University where her mother studies. Alyssa shared what happened;

“I go pick up my daughter yesterday and saw a red mark in between her eye brows. I think it’s a scratch but as soon as I get home I get a closer look; these women decided to wax my daughter’s uni-brow.”

In an extended rant (see below) Sagado claims her child’s monobrow was waxed without her permission and that the actions are a violation of both her daughter’s body and privacy. 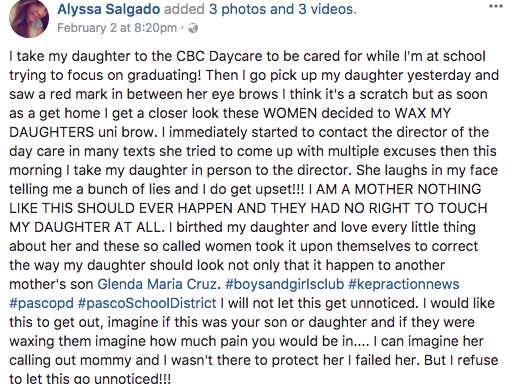 The mothers initial complaints to the care facility were laughed off and denied as lies.

However, since the post going viral the day care has now released a statement saying it was “aware of the complaint against the day care staff and is conducting its own investigation of the incidents”. 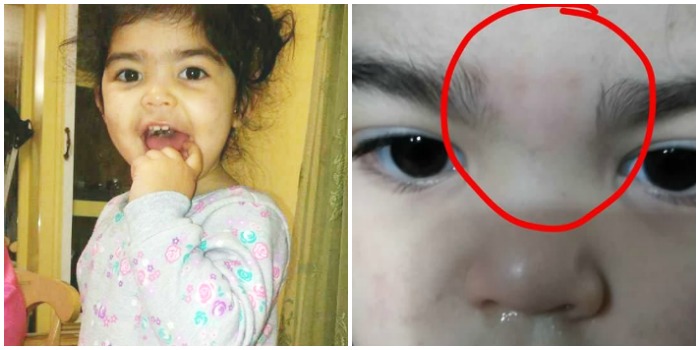 So for now, it’s unresolved. But there’s definitely a baby missing a monobrow.

Alyssa declares she is determined to keep sharing the story until someone faces consequences;

“I birthed my daughter and love every little thing about her and these so-called women took it upon themselves to correct the way my daughter should look.

I will not let this get unnoticed. I would like this to get out, imagine if this was your son or daughter.”

As to what will happen next? Who knows! But there’s nothing more angry or determined than a p*ssed off mumma bear. 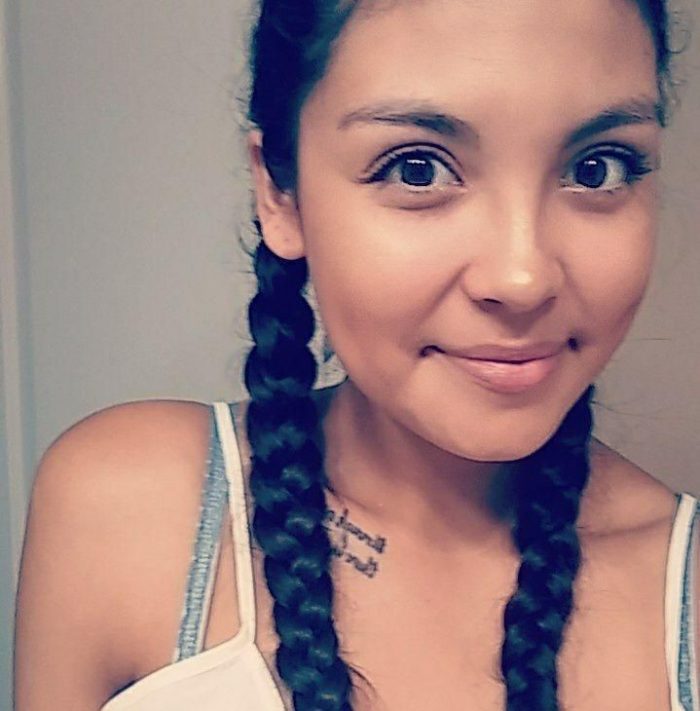