Wanting birth partner with you during childbirth 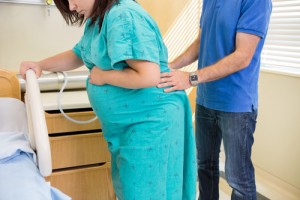 I am 33 weeks along in my first pregnancy- my fiancée last night baulked when I suggested he should be there for the ‘whole’ labour. Seems he thinks he’d be more useful at work than with me in the ‘early’ stages of childbirth. I’m pretty scared of what’s going to happen and am upset he doesn’t want to be with me. Was your partner with you for your first labour? Am I expecting too much?

Was your partner their for your labour and birth?