Baby Steps: Once Upon a Time 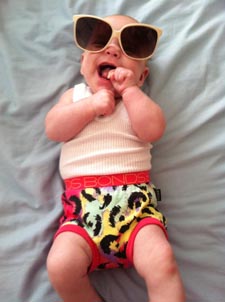 From a young age, most little girls (and even some little boys) dream of living a fairy tale life. I was one of those little girls; I was so naive to believe that such a thing actually exists. We are all living in the real world and, sadly, the real world does not account for mermaids, talking mice and a prince to awake you from your slumber. And sadly there is no guarantee that you will live happily ever after. I learnt the hard way that they don’t exist when the person I thought I was going to spend the rest of my fairy tale life with decided that infidelity was more his style. It was like my whole life had transformed into a drama as opposed to a fairy tale.

When I met my daughter’s dad (let us call him Mr X); I was a little more guarded, although I stupidly still longed for the possibility of a fairy tale. The trouble is that even as adults we are led to believe they still exist because we constantly see the hero sweeping the damsel off her feet in novels and movies. Take He’s Just Not That Into You as an example, the whole movie explains how relationships are no walk in the park, yet in the end the hopeless romantic finds true love. So everything the movie tried to teach you in 125 minutes is thrown out the window in the last four minutes.

I remember the exact moment Mr X left, turning my life into a drama once more. I collapsed in the hallway, heavily pregnant and grasping onto his legs not ready to let go, tears streaming down my face. I asked why? Over and over again, shaking my head as if it would make it all go away. You want to know what he said as he looked down at me? He said that he wasn’t living a fairy tale love and because of that he couldn’t do it anymore; despite me being just days away from giving birth to his child. I scoffed at him saying that there’s no such thing as fairy tale love, that life isn’t always peaches and cream. You have to work at things, a relationship takes work and you can’t expect it to have a happily ever after just like that.

We spoke of this so called fairy tale again only the other day. He put his foot down saying that he still strongly believes in a fairy tale love. “We had it when we first started seeing each other and then it faded away,” he explained. “Every relationship has that; the butterflies, the excitement…however the honeymoon period isn’t meant to last. Give me one example of who is living a fairy tale love?” I replied. He thought about it for a little while, obviously going through every relationship he knows (including his own). His response? “Characters in movies like Twilight.” I’m sorry, but did he miss the memo where Edward and Bella are fictional characters? And that these characters were played by a real life couple at the time, whose relationship was marked by infidelity? There is no fairy tale love for KPattz. I am dumbfounded that the father of my child has his head in the clouds, allowing himself to  be brainwashed by these misleading movies. I told him that he is going to live a rather lonely life if he keeps this charade up. It is one thing to leave someone when you are not happy anymore, but when a child is on the way, in my eyes that is a whole other story! Is he going to do the same if his current girlfriend gets pregnant and it’s no longer a fairy tale for him? And he wonders why I don’t have enough trust in him as a person!

After this conversation, I started to wonder; is Mr X the only one trying to live a fairy tale, or is it a lot more widespread? I watched Les Misérables the other day and the main character really resonated with me. Left to raise her daughter alone after she is used and then abandoned by her baby’s father, she does everything in her power (including risking her health) to support her daughter. Even though she is a fictional character, I really felt her pain and suffering. Her famous song, ‘I dreamed a dream’, is about her big dreams for her life and how eventually those dreams are lost and forgotten. One quote really stuck a chord with me, ”But he was gone when autumn came. And still I dream he’ll come to me, that we will live the years together.” It was sung with such passion and raw truth. I thought to myself, is this what single parents yearn for? For that fairy tale ending, either with our previous partner or someone new?

Personally, I would never want my daughters dad to even attempt coming back. It would cause more heartache for her in the long run than it’s worth, but I can honestly admit that something is missing: we don’t have the ideal fairy tale life together that these movies and stories portray as the norm, and it really does hurt deep down when someone discovers that I’m a single mum. I find the need to explain myself to perfect strangers all the time.

So I ask the question, why do we constantly subject our children to fairy tales when they seem to cause nothing but confusion in the long run? I have become rather cynical now towards the idea of fairy tales, and yet I will be the one introducing my daughter to these same stories that I grew up with, and all because they were such a treasured part of my beautiful childhood. Am I a hypocrite for wanting to read ‘Beauty and the Beast’ to my daughter every night? Or for already planing her ‘Little Mermaid’ party for when she turns one? The truth is that I may be contradicting myself, however there has to be more to these fairy tales than just a happily ever after from some prince.

I took a step back and had a real think about Disney movies and I realised that not all fairy tales revolve around a princess bagging a prince. Take ‘The Lion King’ or ‘Mulan’ for instance, both of which are both highly focused on accepting who you are. Or what about ‘Up’? A movie that shows you how to cope with loss; or most recently Brave, where a fiery young lass stands up for what she believes in. These just don’t seem to fall under the typical stereotype of a fairy tale, and there’s something beautiful about that.

During one of Mr X’s recent visits, I got highly emotional. I’d love to blame my hormones, or that I was cutting up onions; but the truth remains that I was emotional over the bond he was sharing with our daughter. When I fell pregnant, I was so excited about him being a father. I just knew deep down that he was going to be an amazing dad and I still don’t doubt it! But until this one particular afternoon, I hadn’t experienced him having such a beautiful bond with her. She was laughing at him, playing with his face; just responding perfectly to everything he said. I thought I might be jealous when this day came because of everything he put me through, but I honestly felt so blessed. My daughter has a father who will love her unconditionally and she loves him right back, it was painfully obvious. And that, my fellow parents, is my new definition of a fairy tale. It may not be ideal, or what society calls normal, but it does involve my daughter getting the best of both worlds: she is our princess and nothing will ever change that.

Blog
Dealing with the unexpected Hopes and dreams Single parents 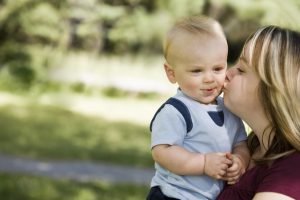 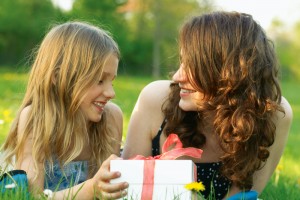 Mothers Day for the Single Mum 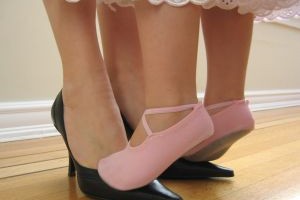