How to Get Baby to Sleep Longer in a Pram 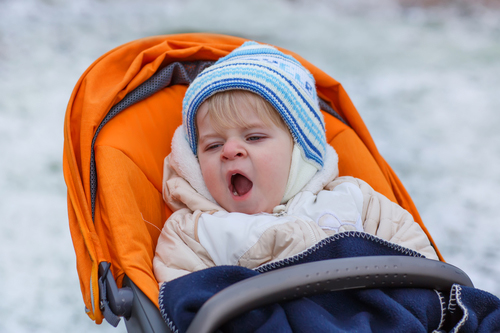 Has anyone got any ideas how to get our 11 month old to nap for more than 30mins in his pram? We have tried continuously rocking it. He used to do a decent nap in there until recently and I am now having to come home for his naps otherwise he is tired.