Mums Need Pram Etiquette? Allow Us To Enlighten You

A recent article from Jill Poulsen titled “Hey, entitled pram pushers, learn some manners” caught my attention, because without even having read the article, I already knew what it was going to say. So this is my open letter not only to Jill, but to anyone who has yet to get behind the steering wheel of a pram or stroller. 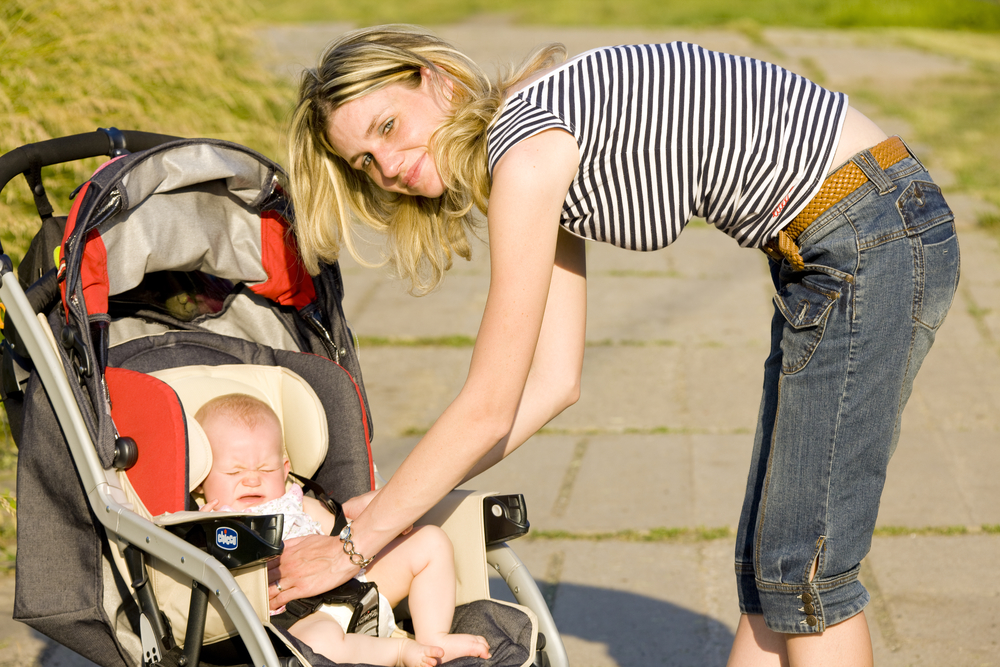 Let’s start with this simple fact – we don’t push a pram because it makes us look cool. You have no idea how freeing it is to go out in public without a pram in front of you. Sometimes it even feels downright weird not holding your arms in an upright position and just – you know – walking! On your own! At your preferred pace.
And before you take down a mama bear for her choice on pram style – wait ‘til you need to select the right pram for your precious cargo. So many factors go into picking the right pram. Is she a running mum? Is she planning on having another baby soon and it converts to a double when that day comes? Does she drive a little hatchback and needs the world’s most compact stroller? Don’t be judging – your day will come and for the money you have to fork out for a pram – you’ll be wanting the Porsche Macan of prams too.

I remember ranting to friends and saying things like “why is that mum even in this shop? The pram is blocking the aisle so I have to walk around to look at that jacket. How rude!” Oh how the mighty fell when I had to push my own pram.
I’m still the same person I was before – and I can finally wear clothes that aren’t triple my normal size. I want to buy ALL the clothes! And you have no idea how bitter the disappointment is when you see a gorgeous shop and head over there only to realise the pram won’t fit, or the shop has 6 steps to get inside.
And don’t even get me started on cafes and restaurants. I once had to fold up my brand new $800 pram and leave it on the street because this trendy little café didn’t have the space for it. Fair enough – but the days of picking a place to eat based on their Urban Spoon ranking were long gone. Now I go wherever they have free colouring and close proximity to a toilet because… kids.

Seriously – getting to the shops is a logistical nightmare for mums. You may have had a pram tyre parked on your foot while you were lining up to get a smoothie, but I can’t even remember the last time I had the luxury of lining up in a crowded shopping centre for a smoothie. There’s nowhere to park the pram at those ‘pop up’ style smoothie bars in the walkway of a busy shopping centre and if there’s a line of people wanting a smoothie ahead of me – forget it! Do you think the baby or toddler will patiently wait for my Banana Bliss to be whipped up? No. And if by chance they did allow it, do you think they’d let me drink it? Also no.
But smoothies aside – if us ‘pram pushers’ want to nip to the shops and have a look at stuff, it has to be meticulously planned. We can’t wander aimlessly – it’s a business transaction. Get in… get your shit done… get the hell out! We’ve got nap time shortly ya’ll!

Know how annoying it is driving your car and some idiot looking at their phone cuts you off and then gives you the oblivious look like ‘oopsie, didn’t see you there – soz about that!’ Well that’s how it feels when some busy shopper steps out of a shop right in front of you, maybe texting and walking or just generally chuffed at their new purchase and off with the fairies. Or worse still, they did see you coming and thought nope, not getting stuck behind you (like I’m a dump truck heading up a hill) and cut you off.
And you know those moments when you get a bit held up and you want to just quickly dart around the slow poke in front of you? Virtually impossible for mums with prams. When traffic slows to a crawl, we usually have to slow down too.
Then there’s the time where you just want to walk from point A to B but there are people having a good old catch up in the middle of the walk way. And they literally don’t move over, they just keep on yacking. So spare a thought for the pram pushers – I would argue that we have to halt to a stop more often than you have to duck to the side.

I could go on and on but here are some serious downfalls to pram pushing that you really need to consider next time you tell us to get some manners: