I’m after some feedback on ear piercing from other mums. My DD will be 3 months old soon and I would like to get her ears pierced, but am concerned other people will react negatively due to her age. How do you cope with the negativity towards piercing babies ears. 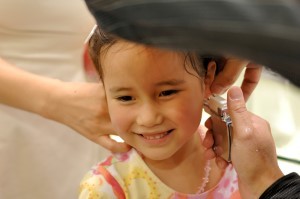