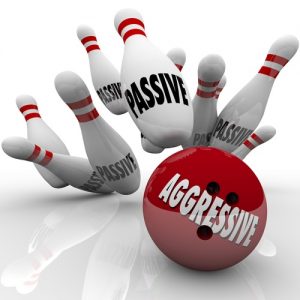 I thought I knew passive aggression. And then I became a mother.

Holy actual shit, you guys. Brutal. Absolutely brutal. It’s like the second you give birth to a human being every rock-hard emotional wall you’ve spent your lifetime building up crumbles and you’re instantly susceptible to the slings and arrows of people with nothing better to do than put down others at their most vulnerable. Relatives, friends, strangers in the street, oddly mean nurses, receptionists, people at the shops – you develop whiplash from ducking against the pure evil that seems to spill out of people’s mouths and you just want to stay inside with your friends – The Kardashians, E True Story and Just Jillian.

It’s all too easy to fall apart under the weight of this kind of negative bullshit. You post a photo on Instagram or complain on Snapchat about not getting enough sleep and every dickhead with wifi is suddenly commenting, telling you exactly what you’re doing wrong and exactly why you are the absolute worst. Let your kid eat some food in the trolley while you’re pushing it around and suddenly the diet police are popping out from behind the fucking cereal to give you a lecture about childhood obesity and how you’re setting your toddler up for a lifetime of cardiac struggle by letting him munch away on a Freddo.

What you need is a support network. A tiny swearing Lou in your pocket that you can fling at these assholes to give you enough time to escape back to your comfortable world free of passive aggression.

I can’t be there. I’m sorry. I wish I could, but I have a lot of people I need to swear at in my own life.

To help you, though, I’ve made a list of the five most common passive aggressive comments directed at new mothers and some absolute BLISTERS that you can blow up with in return. Remember – the goal of the passive aggressive person is to make YOU feel like you’re both wrong and weak. Flip that script and make that person regret ever even making eye contact with you as you morph into your final form of “Crazy Bitch Warrior Mother”.

They say: “Wow, his daddy really didn’t get a look in at all, did he? You’d swear they weren’t even related!”

You say: “You’re right to point it out, I truly am a massive whore. Have you told my husband your theories? In fact, here’s my marriage certificate and a lighter. Burn the fucker down! You’ve cracked the case!”

You say: “Is it? I thought things like not feeding the kid at all or withholding love or completely ignoring the child were bad. All this time I’ve been feeding my daughter when she’s hungry in a way that works for us! Call child services immediately, I’m a monster!”

They say: “Oh wow, you really should have taught him to self-settle by now. He’ll never sleep in his own bed at this rate!”

You say: “You’re exactly right, I’m doing this on purpose. I’m playing a long con where my son never sleeps in any bed but ours. Eventually he will marry and then him and his new spouse will move into our bed. Then they will have children and the circle of life will continue. Soon there will be a hundred people living in my bed and I will rule it like the Queen Bee that I am. Buzzing around in my generational hive, pooing out honey on idiots who comment on our personal sleeping arrangements.”

They say: “Goodness, he’s got long hair for a boy doesn’t he! Oh, he’s going for my handbag. Look out, you need to get him some power tools!”

You say: “You’re cute. Look at how you’re trying to enforce your gender norms on my one- year-old. We’d better make sure we give him 25% more sultanas than his female cousins so they learn about these important concepts early on as well. Heaven forbid he explore the world around him – let’s make sure we put him in a blue box with some steroids and a football and never let him out. Super healthy, thank you for pointing it out to me!”

They say: “I just don’t know how you do it. I could never put my precious child in anyone else’s hands.”

You say: “Thanks for the implication I don’t find my own child precious! As I don’t have to actually explain or justify any of my life choices to you or anyone else I’m just going to suggest that maybe you’d benefit from a bit of exposure to outside influences yourself because lady, you are boring as hell. Go macramé yourself a hang glider, Andrea!”

Jokes aside, it’s hard shining your spine against these kind of attacks. Sometimes I’m zen about it and think things like, “It’s more of a reflection of them than it is of me” or “The only person whose behaviour I can control is my own”. Sometimes I’m distinctly un-zen and try to do some peaceful gardening but yell at dirt clods instead. No one gets it right all the time and no one has magical armour against rubbish comments.

The point is, mama, people are going to fling all kinds of judgements at you now that you’ve got kids. Some of it is golden. Some of it is a stinking turd. You’ve just got to figure out how.