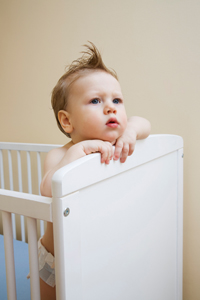 A sleep regression is when your baby starts waking more frequently than they were. If they were sleeping through, this could be anything up from once or twice a night. If they were waking three times a night they may begin waking six or seven times a night. While it is hard to deal with when it happens, it usually isn’t forever.

At what age/s did your child have a sleep regression? How long did it take to resolve, and what did you do to fix it?