Night feeds are an unavoidable part of parenting a baby, however weaning from night feeds when your baby is ready may help them and you get more sleep.  Different children will be ready to night wean at different ages, however most children will still need a feed over night for their first 6 months.  Some methods to encourage night weaning include

Other suggestions you could consider for night weaning your baby

Note that if this isn’t working, your child may not be ready to wean. 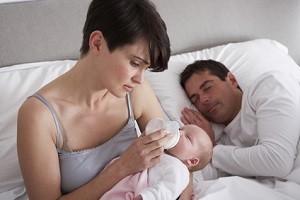 How old was your baby when you started night weaning. What way worked best for you to settle rather than feeding? Also, how long did it take?