A real mum shares her family’s autism journey through realising her son wasn’t meeting all of his milestones.

“Let me start by saying I’m currently a SAHM to four beautiful and amazing boys, each with their own personalities and quirks. Their ages are 10, 7, 4 and 17 months.

Over the last ten years there have been lots of ups and downs, but the last six months have been the most stressful and hardest of my mothering career.

Our four year old, Michael*, hit all his baby milestones within the recommended time. Rolled, crawled, sat and walked like any other baby would. We only really started noticing something was off when he didn’t babble as a baby should. No googoo gaga, no mum mumma or dada, nothing. As he approached the age of two years he started to make noises, no clear sounds, and the same sound over and over again for everything. He started pointing so we would understand what he wanted, the older boys would answer for him. They have a very special bond with him and seem to be in sync with him and understand what is going on in his little mind, even when Dad and I couldn’t.

I was pregnant with number four when we visited with the pediatrician and he too agreed that Michael should have been talking more than he was and put us in touch with a public service. Even though the wait was a long one, he was still very young and still had time to blossom.

We started speech therapy a few months after Michael’s third birthday but there was still no progress with his language. He still made noises and the older kids still spoke for him. Six months flew by and while he made progress it was slow, much slower than it should have been. It then started to get harder. He was pushed just that tiny bit more, we picked it up at home, and then we saw changes. He began to play up, climbing chairs and hiding under tables, throwing equipment around the room.

At home, he started to change. He would unlock the door and run off down the road – I had never felt fear and sheer terror in my heart like I did when the police came to the door with my child who had escaped.

Then, he got out again. I owe EVERYTHING to the people who found him, took care of him and brought him home to us. This was just the start. He started wandering off at parks – I would take my eyes off of him for a minute to attend to one of the other kids and he would be gone. He might be on the other side of the park or up the road. I started to fear going out in public with all four boys on my own and I became a recluse while my partner was at work. I hated it but I lived in fear of him running off and never coming back.

We started noticing that Michael had no friends at three year old kinder; he played a lot on his own. Every morning when we dropped him off he would pick up the same puzzle and we would do it over and over again. In fact all his play was repetitive. If you put a pile of blocks in front of him, he would push them off the table. Show him how to build something he would copy you block for block then smash them over. Give him two cars and a car track and he would smash them together as a toddler would. He didn’t know ‘how’ to play.

The psychologist was bought in and felt that we needed to do cognitive testing, which we did. It came back that Michael had an intellectual disability, meaning he had a very low IQ. So all the times he had played up in speech therapy it was because he didn’t understand what he was doing, he didn’t understand instructions. The work we were expecting of the 3½ yr old was too old for his little 18month – 2 year old amazing mind.

The results of the test showed signs of Autism, as well as some other things. It’s something I’d never thought of before. But this was where our autism journey began. I was told I should see a pediatrician as he wasn’t a clear cut case and we needed to work out if his ID (intellectual disability) was making it seem as though he was autistic, or if he in fact had both.

At home his behavior began to change; he didn’t toilet train until after he turned three, and he had some routines that he needed to follow at different times of the day. Meltdowns that would come out of nowhere, and they become quite regular. Obsessions started, he had to have the same fork and spoon at each meal of the day. His foods couldn’t touch; he had to pick his own bowl, plate and spoon. He began to consume my daily life, and I started to feel like I was neglecting my other children; even the baby had to be pushed aside most days as I dealt with a meltdown.

The guilt that I was feeling and still do is tremendous. It is so hard for me to go out anywhere on my own with the four of them as it was like I had twins since he and the baby behaved exactly the same. I had to work around my partner’s time off to do anything with the other children. Having a child with a disability is emotionally draining on the whole family, just not on myself. The older children are fantastic with him -they allow for his behavior and idiosyncrasies, and even though they have their own problems but will drop everything to help him out and will do anything for him.

Waiting for the go-ahead from the pediatrician was hard, especially once I started to realise that all these traits meant it was highly likely that my son was autistic. After finally talking with the speech therapist and psychologist, they agreed. But even though you expect the diagnosis, it is very hard to accept that your child may not have the life that you imagined for them the very first moment you held them in your arms. He may never join in at school and make friends, so many things that we take for granted he may never experience.

It took until he was officially diagnosed for me to accept that no matter what he does, every little step of the way is a massive massive step and something that we all should be proud of, that we have worked so hard to achieve. That he has worked so hard to achieve. I will fight to the very end to make his life as normal as we can, to make sure that he is the best that he can be. To give him the best start and tools I can for him to be everything he dreams to be. He is an amazing, beautiful, caring little boy and I’m so proud to say he is our son, autistic or not! We are looking towards a bright and fantastic future for him and our family. 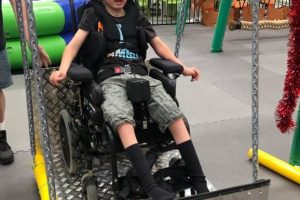 The Shine Shed: A play centre for all-abilities 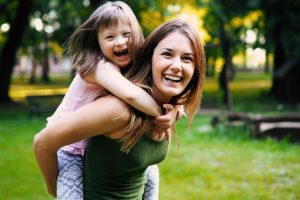 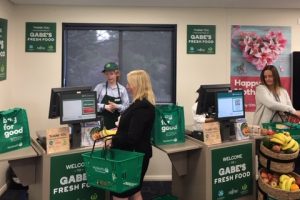 Woolies getting behind differently-abled kids 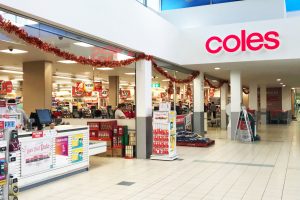