Colic? Bore your baby to sleep!

I’ve been a newborn baby doctor for the last 30 years. After about two of them I lost count of the number of babies I was seeing with so-called ‘colic’. So many endless nights, so many tears, so much screaming…and that was just the parents. Because of these poor families, I ended up developing an obsession to tell the truth about this disorder.  You see, for decades the cause has been known and there is overwhelming evidence on the cause of colic in the medical literature, but few are listening. 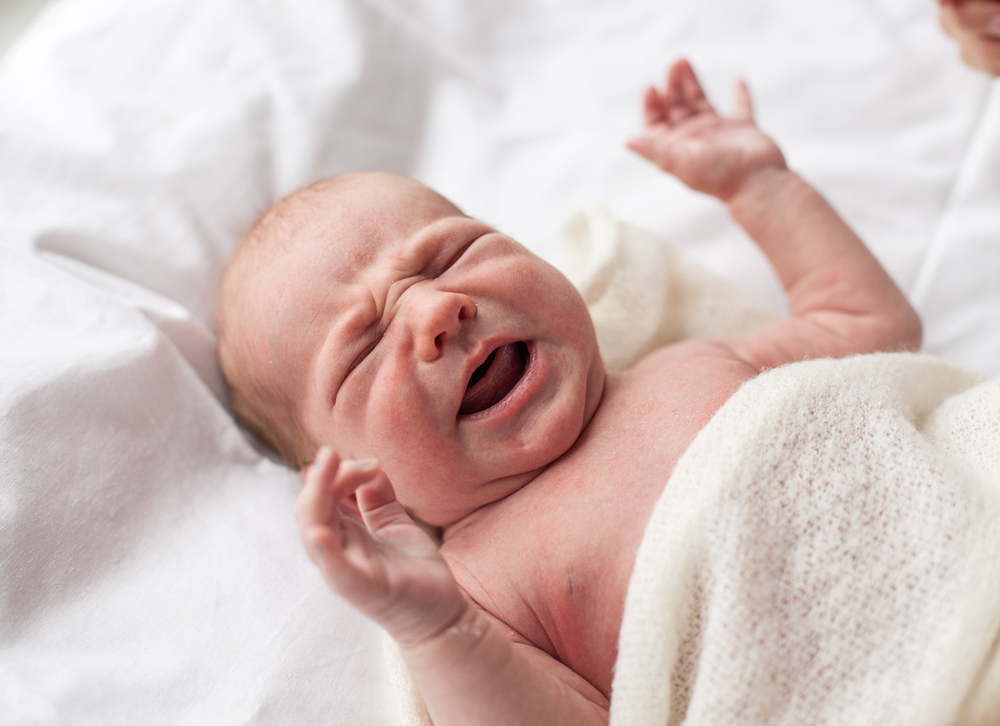 Frankly it is driving me crazy.  Sometimes I think that if I hear another nurse or doctor telling a parent that their screaming baby has ‘abdominal pain’ or ‘heartburn’ I think I’ll scream louder than the baby!  Colic has never been about pain in the abdomen or anywhere else for that matter; it’s not about heartburn or ‘wind’. It certainly isn’t about the baby’s stomach.  Neither is it anything to do with mother’s mental state, nor the food she eats while is breast-feeding, nor the brand of formula if she’s not breastfeeding.

The reason it’s so hard for parents to figure it out for themselves is the cause is counter-intuitive and, no question, the baby looks like he or she is in excruciating pain.  The baby doubles up, knees in chest, and screams like there’s a knife twisting in his gut.

But it’s not about pain, it’s about overstimulation of the baby’s psyche.

Before we proceed however, please do not think that this is some crackpot notion dreamed up by some theoretical psychologist or a particular bee buzzing in my personal bonnet.  Every nurse working in a mothercraft hospital, everyone who chooses to read the literature (references at the end) and every neonatologist that spends time observing his babies, knows this is so.

The situation of babies screaming in distress primarily in the evening (“six o’clock” or “evening” colic) has been around for hundreds of years.  It starts when babies get to around four to six weeks of age, rises gradually to a maximum over the next couple of weeks then often abruptly ceases about three months of age (happily “three-month colic”).

Premature babies have it earlier and more intensely.  It was through the study of this group of babies that developmental psychologists started to unravel the problem in the fullterm.  As premature babies near term they can become very distressed when their environment presents them with even minimal increases in stimulation. If you pick up such a baby, look at him and talk to him, he will often start straining, crying and arching as he overloads with your input.  With such as him, you can either pick up, or you can look at him, or you can speak to him. You just can’t do all of them at once.

The full-term baby psyche is much more resilient than that. But he still has limits.

But let’s start at the end, and work backwards.

At and beyond three months of age babies usually develop the ability to ‘self-sooth’.  You can see this at work in a four to five month-old baby who is fed and happy and sitting in a little prop-up chair. He wants to play with his mother so he gazes at her across the room, chuckles and waves his arms to attract her.  She can’t resist and approaches him, their eyes lock and soon they are talking nonsense, looking deeply into each others eyes and are totally engrossed in one another.  The intensity of their interaction rises.  The stimulation then increases to a level that makes the baby uncomfortable.  There’s just too much adrenaline in the system for him.  Suddenly he looks away, switches off and totally ignores his mother.

He looks at the ceiling or at his hands in his lap as his mother wanders off. The baby sits propped up in his chair, his shoulders tense, his eyes downcast. Then over the next few minutes he relaxes and starts to throw glances at his mum. His gazes last longer and longer as he relaxes more. Then the cycle starts again. He laughs and waves his hands to attract her and back she comes.

The baby has learnt that when he gets over-stimulated and uncomfortable, if he looks away and shuts it out, he can calm himself down.  This is an invaluable lesson, as it is the start of the ability to concentrate undistracted on a task.

Now, back to the beginning.

The colic syndrome starts at four to six weeks of age. Before this, the boundaries of his attention do not stray much beyond his mother’s body and breasts, of its warmth and smell. But now his eyes can focus further and his horizons expand and he starts to take in his surroundings. It is about a week before he smiles.

Once he starts smiling, so people around him respond. They gaze at him and he gazes back. He watches the curtains flapping by the window.  Then grandma visits and she can’t take her eyes off him.  With this new attention, his excitement rises to a level that makes him uncomfortable but, alas, he has not yet developed the ability to self-sooth.  As the stimulation and stress levels rise he starts to get distressed. He becomes tense and begins to strain and groan, especially late in the day.  The parents become anxious, “Is he constipated? Why does he writhe and arch his back?”

Soon his distress level makes him cry and scream.  He is picked up and passed hand-to-hand around the family who gaze at him, trying to fathom the cause of his discomfort. The parents ask advice from neighbours to Emergency Departments and the cascade of advice starts. Everything from stopping breast-feeding, giving chamomile tea, through massaging his stomach (in a clockwise direction) with warm olive oil, to gastro-oesophageal reflux.

What’s a baby to do? Upset babies find sucking calms them down.  So our baby starts to feed frequently, sucking, sucking, sucking in an effort to calm himself down. Despite having a full stomach after a good feed the sucking and milk intake continues and in combination with the straining, soon becomes reflux vomiting.  He is taken to the hospital, given a barium meal, an oesophageal pH probe study and treated with Zantac, Losec, Prepulsid and taken off the breast because “the flow is too fast”.

In addition, the increased intake of lactose (the sugar in milk) overloads the absorptive ability of the small intestine, so it moves on and spills into the large intestine. There bacteria ferment the sugar to form lactic acid and lots of hydrogen gas.  So our baby develops a swollen tummy, twenty gassy explosive stools a day and farts like a trooper.  Medical advice decides he has ‘lactose intolerance’ and breast-feeding should be stopped and lactose-free formula started.

There was a recent editorial in the Australian Paediatric and Child Health Journal titled “Medicalising Normality” aptly describing what is happening here.  All the medical diagnoses inevitably flow from a series of vicious cycles, all downstream from the true cause of the baby’s distress.  There is a condition I call “Christmas Colic” when babies do this in spades.  Too many relatives, too many parties, too much excitement leading to lots of screaming babies in Emergency Departments in late December.

How do we fix the problem? It is simple in principle and tough in practice.  We have to reduce the level of stimulation in the babies environment to a level with which he can cope.

In a phrase we have to “Bore Him to Sleep”.

Calming the baby or bore your baby to sleep

How much stimulation can my baby cope with?

How much stimulation your baby can cope with depends on his basic temperament. All babies are different. There are a few babies who self-soothe from the moment they’re born. These babies can be taken to work and meet a hundred people and not get upset. Most babies have a limit, though – you need to find out where your baby’s limit is and keep the level under that. Some super-sensitive babies can’t leave the confines of their darkened room for the first three months of their life. Don’t worry; they won’t suffer from sensory deprivation. Their most important lesson is learning how to calm themselves. You’ll have to buy your groceries on-line.

I wish you good luck and enough sleep!

Dr Howard Chilton, based at Prince of Wales Private Hospital and Royal Hospital for Women, is one of Australia’s leading baby doctors, with over 30 years experience as a neonatologist. He was Director of Newborn Care at Sydney’s Women’s Hospital for over 20 years following his training in Oxford, London and the USA. He resigned in 1999 to concentrate on clinical work. As his engagement with high-level Intensive Care diminished so he was able to spend more time with his central passion: parent education and what he terms ’reassurology’. He strongly believes that by enhancing parental attachment by helping parents relax and enjoy their baby so there is significant improvement of baby’s emotional development. He has written a number of books on the subject, ’The New Baby Book’, ‘Babies From Top to Bottom’ and his latest ’Baby on Board’. You can find him on facebook. You can see all his articles here.