Family outing – is there merit in planning the day? 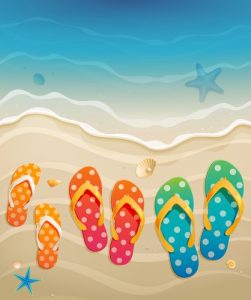 Is your family outing typically a ‘go with the flow’ sort of day? Lou shares the highs and lows of recent family outing. The winning moment being when her son tickled a strange man in public.

We decided to make the most of the public holiday by having a Family Outing. A Family Outing means that my husband and I speak vaguely about something we might like to do. When the time actually arrives panic sets in because we are under-prepared and have only the vaguest idea as to what’s going on. This usually leads to me being even more grating than I usually am (which is quite grating to begin with) and becoming unnecessarily rude. Nothing quite says “Let’s all have a lovely day together” than someone yelling, “Oh, I suppose you’re going to the toilet AGAIN? You’d rather shit than speak to me!”.

I packed the bag for the Family Outing which means I suddenly have no idea how much shit we actually need and take a million things that’ll just get in the way later and annoy me. Two baby wraps for our nearly three-year-old son? Check! One kilogram of sunscreen on a rainy day? Check! Five bottles of water when we’re going on a boat that sells bottles of water to a place that’s littered with cafes and kiosks? Check! Enough food for a Jacques Cousteau-style expedition up the Brisbane River where we will be going out for lunch? Check! A baby doll, a stuffed rabbit, three dummies, two fresh pairs of socks, costumes changes for the whole fucking family and a phone charger? Check!

As per any other Family Outing we’ve ever embarked upon we discussed the finer points of it, inconsequential things like “Where are we going?” and “What are we doing?” once we were already on our way. In our defence most of our time at home is spent giggling, running around with our million animals and watching weird television so we don’t really have a lot of time for finer details.

I was a very helpful passenger in the car who did helpful things like gasp loudly when I saw cute dogs and turn off the GPS on the phone at key points to check my Instagram notifications. The weird crunching noise I kept hearing turned out not to be anything wrong with the car but my husband grinding his teeth in frustration. So, after a quick “discussion” during which our son piped up that we “needed to stop fighting and being naughty” we came up with our plan and arrived at the ferry terminal.

As per our family motto “Trust No Bitch” we parked the car in the least dodgy spot we could find and booby trapped it sufficiently before heading to catch the boat. This was a very exciting moment because it was my son’s first trip on the City Cat since moving to Brisbane. He decided to celebrate this momentous occasion by taking a solemn oath to be a complete turd for the entire trip there.

Our hopes of hearing sweet little exclamations of delight as the boat bounced along, all while sitting still like an angelic cherub, were dashed when he started running very quickly up and down the aisle, stopping to shout “HELLO CAPTAIN” every time he passed the crew door. If we went outside, he wanted to go in. If we were inside you’d better believe we needed to get the fuck outside immediately. If we were sitting down it was boring, if we were standing up it was scary. When I closed my eyes to see if I could use astral projection to teleport myself to dry land and a Sauvignon Blanc he took the opportunity to grab my breasts and holler “BOOBIES” as loud as he could. Do you want to know who looks around when someone yells boobies? Everyone. The answer is everyone.

Giving him a dummy allowed us somewhat of a reprieve until he started shouting around the dummy which gave his voice a real Mike Tyson quality and the amount of drool on his shirt caused a woman to ask me it if had been quite choppy on the deck. Finally, finally, we reached our destination and went to get something to drink. Unfortunately, being 9am, the pub wasn’t open yet so I stuck with my family instead.

When we arrived at the cafe owned by a surly woman, who I will see in hell, we put in some orders for cool drinks and waited. My kid informed me he was getting a Dinosaur Milkshake to which I replied “Ok” but internally said “Oh shit”. Dinosaur milkshake?

When a chocolate milkshake came out instead he announced it was definitely a dinosaur milkshake and drank approximately 15mls before pronouncing himself full, and I was the loser for spending $6 on an unwanted beverage. My husband, like the True Australian Hero that he is, fell on his own sword and drank the milkshake for him. With only small amounts of dignity left, we are now hyenas circling the predator higher up the food chain, hoping for scraps.

We arrived at the water and I realised that the one thing I didn’t pack (to make room for all the shit we didn’t actually need) was swimming costumes. Clad in a normal nappy and a t-shirt, my son joined in the water play with all the kids whose parents had actually dressed them appropriately. These other parents said nice things to each other like, “Why is that boy’s nappy blowing up like a sad balloon?” as we took a considerable amount of water on board. When my son became so water-logged that he could no longer move he sat directly on top of a small fountain, surveying all below him like a happy little hippo.

It was at this moment that it started to piss down with rain. As graciously as we could manage, we wrangled the kid before racing to the incoming ferry home. Deciding I didn’t want to go to the gym today anyway, I carried that 18kg soaking wet human anvil at full pace for 500 m before dramatically handing him to my husband and saying “Go on without me!”. Unfortunately the ferry man heard my dying words and shouted, “That’s alright, luv, we’ll wait for yer!” in a very broad accent at a very high volume that caused about 50 people to turn and watch my sad little stumble towards the ramp. “I have a stitch!” I announced loudly before realising I was talking to no one as my husband and child were already on the boat. Now I was the slow woman yelling to herself about having a stitch with the outline of a wet child imprinted into her dress. I hung my head and hobbled on board to find a dressed and dry son sitting on the lap of a serene husband, both staring out to see.

Ultimate ending to the family outing

The journey home was a lot easier as the kid swapped from lap to lap, sometimes watching Peppa Pig (thank you PP, you perfect porcine princess) on a phone and sometimes singing a song. I let my guard down slightly and was looking at fancy houses out the window when I heard a loud “HEY!” from a few rows back.

The HEY had come from an older gentleman, the kind who always asks to see the manager at restaurants and who parks people in because “he’ll only be a minute”, who seemed particularly perturbed at something that had just occurred. My son came racing back to me, with the giggle and speed of someone who knows they’d been naughty, and let me know he had been tickling.

He had snuck behind the row that the man was sitting on. He had looked through the chairs until he saw some exposed flesh, in this case the upper butt / lower back area, and let fly with one of his best tickles. My son had tickled a strange bum. And he liked it.

Thankfully our stop was soon so we busied ourselves with the pram and trying not to laugh or make any more eye contact than was necessary. We bounced off the ferry and ran to our car, which was thankfully still there, before driving home in pouring rain back to our lovely house which we probably shouldn’t have left in the first place.

Another Family Outing done and dusted. Until next time, bum ticklers!

Parenting
Family day out Family time Lou Kenny Out and about

Gardening With Kids this Spring: Get Outside! 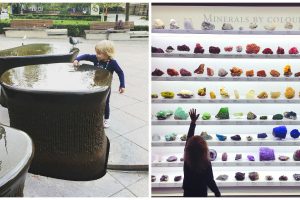 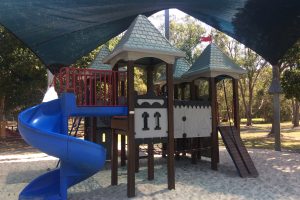