You may have heard of “the blood test to pick up Down syndrome” or other chromosomal disorders. So, what is the story with Non Invasive Pre-natal Testing (NIPT)? 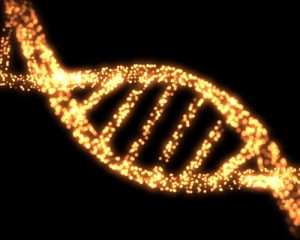 Firstly, the decision to have any of this testing performed during your pregnancy is entirely optional. It is your personal choice. There are beautiful, happy and relatively healthy babies born with Down syndrome and disorders of sex chromosomes, for example. However, we do know that these disorders (and some of the more rare chromosomal disorders tested for) can come with significant health issues, intellectual disability and/or very significantly reduced life expectancy. It is for this reason that parents have the right to be informed and make decisions based on their beliefs and circumstances. This technology is here to help with that, should prospective parents choose to have the information.

What is the test?

Several different labs run variations on Non Invasive Pre-natal Testing so you may hear of different brand names. Basically, it is a blood test that is able to pick up tiny bits of the developing baby’s DNA that “leaks” into the mother’s blood stream.  From this DNA, the chromosomes are analysed.

All of our cells are made up of “chromosomes”. These contain all of our genetic information. We have 23 pairs of chromosomes, including one pair of “sex chromosomes” (X, Y – that determine if we will be male or female).  In some of the recognised disorders, there is an extra copy of a chromosome, and it is this that causes the syndrome.

It is important to note that there is a “failure” rate of 1-9% meaning that some people will not obtain a result. There is a higher risk of the test failing if you are overweight.

What can it test for?

There is the option of also looking at the sex chromosomes for abnormalities as well.

When can it be done and how long does a result take?

It can be done from 10 weeks. Results usually take one to two weeks.

What does it cost?

It is not currently covered by Medicare or Private Health Insurance. The price varies according to lab/location but is usually around the $450-1400 mark.

How is it different to what many have done currently at around 12 weeks?

Currently, between 11.5-13.5 weeks women are offered “first trimester screening” which involves a (different) blood test and an ultrasound. These results are then combined with the mother’s age to work out an approximate likelihood of the baby having one of the chromosomal disorders. It is not a “definite” result, rather a probability. It will pick up about 85-90% of babies with Down syndrome (meaning potentially missing 10-15%) and reports about 5% of unaffected babies as being likely affected (“false positive”) when they are not, potentially causing worry. Conventionally, if you are detected as “high” risk (greater than 1/300) further (definitive) testing would be made available if the you wish to pursue this. This further testing is invasive (involving a needle into the mother’s womb) and carries a small risk (0.5-1%) of miscarriage. This is the only way to then obtain a definitive result.

NIPT is a blood test and it is more accurate than what we currently use.  It poses no risk to the baby. It is around 99.5% sensitive so misses very few cases and has a false positive rate of only around 0.2%. These figures are for Down syndrome; they are slightly less accurate for the other syndromes. It is important to note that if a positive result is returned, further invasive testing is still required to confirm the diagnosis, as there are false positives, albeit a lower percentage.

If I have this test, do I still need the standard 12-week blood test and ultrasound?

Yes, absolutely. The 12 week scan is important because it can pick up other abnormalities apart from those few that are detected with this new blood test.  For example, it may detect evidence of severe heart problems or brain/spinal cord problems that may be unrelated to chromosomes. It can also serve to identify the number of babies or confirm your dates and give information about the placenta. The results of the associated blood test (not the NIPT) can also give some information about the risk of potential placental problems that may prompt your doctor to more carefully monitor your baby’s growth in the later stages of your pregnancy.

Who should have it?

As mentioned above, the test (as with the current first trimester screening test) is optional. It is available to any pregnant woman who wishes to have this information, but it would be a good idea to have a talk to your doctor beforehand to decide if you think this is right for you.

The most studied group is high-risk women (those older than 35) and the results need to be interpreted with your baseline risk in mind. This means that if you are 20 for example (with a low baseline risk) and you return a positive test, you are less likely than a 40 year old woman with a positive test to end up with a baby with one of the detected problems.

Factors I often discuss with patients who are deciding whether to have the test include:

-Is a result going to affect your decision to continue the pregnancy?

-Do you prefer to be “forewarned” or would a positive result potentially worry you the entire pregnancy?

-If you have it done for “reassurance”, how would you feel and what would you do if you do come up with a positive result?

-If the cost is an issue, you could consider having the 12-week test as usual then if a “high risk” result was returned, you could have the blood test instead of the invasive testing to clarify your risk. If the blood test came back low risk this would be very reassuring (albeit it not 100%) that things were ok and you may be able to avoid invasive testing. If the blood test came back at high risk, you would then require the invasive testing if you wanted absolute confirmation.  Obviously with this approach, you are accepting that a low risk scan is truly low risk (when we know that 10-15% of babies with Down syndrome are missed).