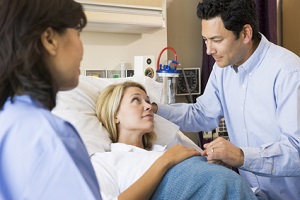 Private vs public to have baby in Australia? Please suggest a good private obstetrician in Australia and what were your out of pocket expenses please. Just want to see if it is affordable going private.

Our resident midwife shares her tips on choosing where to give birth.

It was absolutely worth the $ for me to go private. The level of pre and after care was incredible. I was very well looked after and it was great having the same person looking after me the whole time. I don’t need to explain everything over and over again. Having said that if you go public see if you can get into a midwifery group practice. MissyFor us going private has been worth every cent and OOP has been approx $4000 with us needing a few extra scans and a CVS. I have had friends who went public and got awesome care as well and some who had horrible experiences so i guess it comes down to personal choice, finances! Def get an OB who is recommended to you by a friend your more likely to be comfortable! Julie

Private patient at a public hospital for maternity care

Public hospital with a private doula for maternity care

Private but ended up in public for maternity care

Parents share their thoughts on birthing centres vs hospital births

Did you choose Public or Private maternity care in Australia? Share your experiences below.