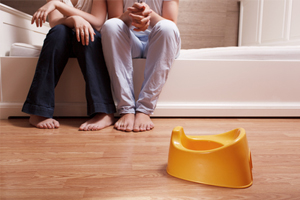 I have three kids. They are now one, three and five years old. And while juggling multiple kids is tiring (and rewarding and amazing and I wouldn’t change it for anything), counterintuitively, with each child I have been able to find more time for myself. Part of this is experience and our kids getting older and being able to play with each other. And I joke that part of it is also that we just don’t “care” as much. (It’s funny because it’s true….)

But I have also learned a lot of time-saving tricks….

Most onesies come with three buttons on the bottom. With our first, we meticulously buttoned each one of those suckers while he squirmed and kicked and tried to roll off the changing table. Here’s a secret: You only need to button one. It doesn’t even need to be the corresponding button and button hole. It will still stay on and will not ride up if you combine any button with any hole. Minutes a day saved, I tell you.

In theory, having a potty-trained child is amazing. No more nappy changes! No more wipes! No more stinky nappy bins! But there’s a solid three month (if you’re lucky) transition time when you find yourself accidentally pulling size 2 underpants out of your purse when reaching for your wallet at Gloria Jeans, you’re doing seventeen extra loads of laundry, and there are mysterious puddles on the floor and wet spots on the furniture. When they’re ready, they’re ready. No rush.

3.    Teach your kids how to play by themselves.

I love getting down on the floor and playing with my kids. But I also don’t think it’s my job to be a constant source of entertainment for them. And sometimes it can even be disruptive to their flow when I try to insert how I think they should play into how they are playing. Trust your kids to play by themselves. Give them a pan of water and some cups. Give them a box of pompoms and some containers. Sit back and watch.

4.    Take advantage of your kids not being able to tell time yet.

Our kids generally go to bed at 7 p.m. Unless it’s one of those days when they have been screaming at each other since the moment they woke up, didn’t nap and cried because a piece of lint fell on their hands. Then bedtime is at “7 p.m.”

Just call the doctor if you’re worried. They won’t laugh at you. I know because I have called and asked such questions as “Do you think it’s a runny nose or brain fluid?” and they have been nothing but kind. 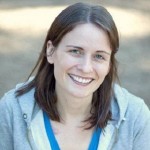 About the Author: Ali Wilkinson lives in Portland, Oregon with her husband and three small children. She blogs about parenting, running, the disaster that is her house, and other odds and ends at runknitlove. You can also find her on Facebook and Twitter.