The day thrush came to stay 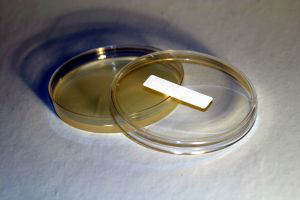 It’s amazing what you will put up with for your kids. I mean, daily life with them can often be enough for me to question why exactly I put my hand up for this caper. Love them to bits, do not love tantrums or nappy changes. Or cleaning green food colouring and white pepper from all over my pantry (the tile grout is still green). My point is, they can be the source of quite a few headaches or, in my case, boob pain.

I am a big breastfeeding fan. I don’t miss it when I am done but super duper love all the benefits that come with it. With my second, however, I came very close to just throwing my hands up and saying ‘Enough!’, and not only once.

It all started when I developed some nipple pain when my son was around seven months old. I just put it down to poor attachment, but when it didn’t get better after a couple of weeks I started to think it was something else (you would think I would have realized that a seven month old has had enough practice to know what he was doing). Not having had thrush with Number One I had completely missed all the signs, but it was clear as day once I spoke to the Child Health Nurse (CHN) at my local pharmacy. So I headed home with a tube of Daktarin ready for some relief in a few days.

Except the relief didn’t come.

Four days later the nipple pain had started to ease, but I suddenly had a sharp pain in my breast when feeding, so it was back to the doctor; who tried to tell my I had mastitis. I had had mastitis about four times, he and I were old friends and I knew he hadn’t come for another visit; the pain was completely different. So I was left with no answers and a painful breast that was getting worse.

Not knowing what else to do I headed back to the CHN. I told her what was happening and she whipped out her folder and handed me this factsheet on Thrush in Lactation and suggested I head back to (a different) doctor and discuss it with them.

It turned out that the thrush I had (unknowingly) left to live happily on my nipple had become so comfortable it had decided to migrate into my milk ducts. Now, this pesky little fungus is quite easy to remove from the outside of boobs. A bit of daktarin or nilstat for up to a week on you and in bub’s mouth and you are right as rain. Once it enters your ducts, however, they need a full blown eviction notice with court orders attached. And they’ll still declare squatter’s rights and refuse to leave.

Luckily (for most people), it is a pretty rare condition. So rare that NONE of the five doctors I saw (including one at the Women’s Health Clinic) had ever seen it before. If it wasn’t for the factsheet from my CHN I probably wouldn’t have been diagnosed.

By this stage I was in agony every time I fed. Once I had letdown it felt like someone had taken a needle thin red hot poker and shoved it in my breast, and then left it there for an hour. Every feed. I would be in tears while I struggled to resist the urge to pull away from my son who just wanted his little tummy filled. Meanwhile, I kept waiting for the medication to kick in, but often it was worse than the symptoms they were meant to combat.

Due to the location of the thrush, I had to take quite high dosages of anti-fungal medication. First up was the ‘normal’ dose, then when that did nothing it was doubled. I woke up feeling like I had really REALLY bad morning sickness. I was left unable to eat, but I had to eat to take the medication! Then it was a medication that cost $20. For each tablet. And I took nine of them before the doctor decided that wasn’t working either. By this stage I had been battling this for two weeks and I was desperate for it to be over. Finally, the doctor wrote me a referral to a specialist at the Department of Microbiology and Infectious Diseases at a nearby hospital. The first available appointment was two weeks later.

My symptoms finally cleared on their own three days before my appointment. Ironic, yes, but I was just so relieved to be able to feed without being in agony.

Once it was all over I was so glad that I had persevered and continued to feed. I knew that if I had decided that enough was enough that would have been more than okay, and many in the same position would have made the same decision. Had it gone on for much longer I think I probably would have.

With baby number three I was actually quite anxious about breastfeeding again. I didn’t consider not doing it but I was worried I was going to end up battling bout after bout of mastitis again (seven times in total with Number Two), and I definitely didn’t want to go through a thrush infection again. Luckily, she is a much stronger sucker and tackles engorged breasts with ease! Breastfeeding is definitely a much more relaxed experience this time round. If worse came to worse and I ended up with thrush in my milk ducts this time round would I persevere through it all again? You know, I probably would.

Share your experience with nipple thrush in the comments below