Long haul travel with a baby

We departed Melbourne on a 10pm flight headed for Adu Dhabi (approx 14 hour flight), 2 hour wait in Transit and then a further 7 hours to London. I was pretty nervous flying with Rachel for the first time and it was such a long way to the UK. 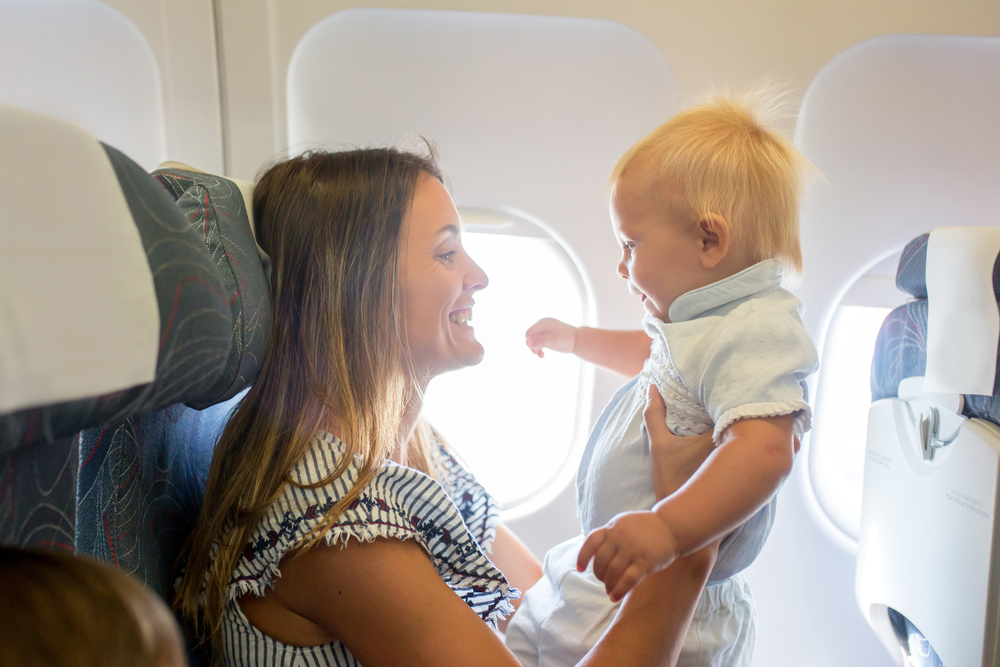 The first flight went by sooo quickly as I was so busy focusing on Rachel that time just went by. Rachel was tired, so by the time we got up in the air it was beyond her bedtime. We tried to settle in the bassinet but she just wouldn’t settle. We then realised the air-con above our seats wasn’t working, my husband and I just thought it was us, being a bit stressed and hot, but the other passengers mentioned they were hot behind us. Anyway we stripped her down to her vest and nappy and she happily fell asleep. Unfortunately we were hot for the whole flight as the air-con was broken!

Tips for the flight:


About 2 hours before landing into Abu Dhabi we requested the use of a pram whilst in transit, there was one waiting as we got off the ramp. Etihad have got a few buggies ready to go whilst you are in transit but requesting one, ensured we secured one as soon as we got off the aeroplane.

The transit wait was fine, security was a bit crazy, but because Rachel was in an Etihad pram we didn’t have to take her out of it for security.

I was breastfeeding Rachel and was a little worried about where I could feed her in Abu Dhabi, but having asked at information they said it was fine to feed in the lounges. So we found a quite lounge and fed her there. The baby change facilities were great, but just no place to feed – this was the case at all the airports.

The next flight was ok, just a lot of turbulence. What this meant was we would just get Rachel settled in the bassinet and then the seat belt signs would come on, when this happens you have to take your baby out of the bassinet and strap them onto you.

We confirmed with the air hostess via the pilot that there would be a lot of turbulence on and off, so for this flight I kept Rachel on my lap most of the time instead of having to get her in and out of the bassinet. She was quite comfortable on my lap and slept most of the way. You can also establish if there will be turbulence just after takeoff, and if there is then don’t bother about getting your baby settled in the bassinet too soon. It is so annoying to just get your baby settled and then the seat belt sign comes on!

On this flight Rachel did do a very messy nappy whilst we were eating! So my husband and I had to carefully manoeuvre two trays onto one tray, he managed to slip out and I gave him a nappy and the wipes and he headed for the loo, unfortunately the loo’s were full so he snuck into the business class loo. My husband, being 6 foot 4, found it really difficult to change Rachel in the toilets so I could hear here crying from my seat. Anyway a few moments later the crying got closer and Jamie arrived with a naked child and a carefully balanced nappy on her to get another nappy as the one he had taken had broken mid nappy change! So after all that all nappy changes were left to me on the aeroplanes!

Also I found the loos in the inside of the plane (not on the outer edges) are much more spacious.

We finally arrived in London and had to make our way to Hertz car rental to collect our hire car. We had booked a baby seat in advance, but upon arrival this had not been arranged. I must say they were really slack at firstly getting us a seat and then once they did get one it was absolutely filthy, to the point that my husband asked the guy if he would put his own child in it, and he ashamedly answered no. So after a lot of waiting around they finally got us a decent seat. We then had to wait for another of their staff members to fit the seat for us. So all in all the service was shocking, we were there for an hour and a half, not much fun after such a long journey. They didn’t even have a map for us we had to buy an A to Z from a petrol station!

Tip: If you are hiring a car make double sure and very clear you need a car seat and just check they arrange a clean one!

We stayed in the Best Western in Sheppard’s Bush and they had a camper cot ready for Rachel when we arrived and the service was great.

Rachel adapted quite easily to the time change, she woke at about 5am for a few mornings and some nights needed a feed, but overall she was fine – on the way there.

Our next flight a few days later was from London Gatwick to Spain. We flew with BA, and this was probably the worst flight we did – luckily it was only 2 and a half hours. You don’t get bassinets on these flights and what they do is seat all the babies and children together at the back on the plane. We, unfortunately had a couple of kids behind us who through tantrums the whole way there, and the girls high pitched squeal would set little Rachel off – it was not a pleasant environment and Rachel just didn’t know what was going on. I was very happy to get off that flight!

We spent the next 10 days with my husband s parents who have a house in Spain. It was their first time meeting their first grandchild so it was lovely to have baby sitters at hand and relax and enjoy family time.

The supermarket trolleys in Spain were great, the baby seats on the trolleys are like car seats, all cushioned and cumpfy!

We then flew from Spain to Edinburgh, 3 hour flight and as the flight was not full we had a seat between us which was nice. Rachel slept the whole way. She was on our laps for this flight too.

We spent 5 days in Edinburgh catching up with family and friends.

Tip: Before we travelled we got a sleeping bag/pram snug which is inserted into the pram, it was great as it kept Rachel cosy while we were out and about in Edinburgh and also we didn’t have to worry about her kicking any blankets off in the middle of the street!

We flew down to London and spent a night in an airport hotel as we had an early flight the next morning. The Camper cot for Rachel was rock hard and she had a very unsettled night.

We then started our long journey back home. Flying out of Heathrow, then a two hour wait in Abu Dhabi which turned into a 5 hour wait as we were delayed and then 14 hours to Melbourne. Rachel slept for majority of the 14 hour flight (7 hours straight) which was great, but what this meant was landing in Melbourne at 9pm at night, she was not ready to have a long sleep.

Tips for the return flight:

Yes it was a tough week which saw her feed every 4 hours for a few days, but we eventually got back to normal!

The trip was fantastic and really easy with a 4 month old! I had my concerns beforehand but having done it now, it really is not bad at all and I am looking forward to our next overseas adventure. Babies are good travellers, we just need to be organised and prepared! I hope this helps you out on some of your travels.

Travel with Tots is your online guide to all you need to know for travelling with your little ones in tow.

Share your tips for long haul travel with a baby below 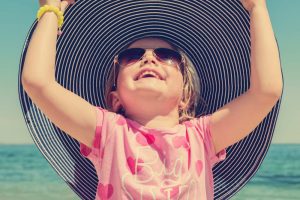