What’s the story with the Meningococcal B vaccine? 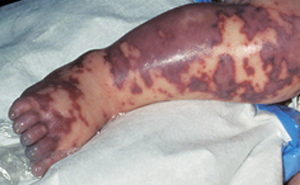 This article is meant to raise awareness of the meningococcal B vaccine. It is not meant to replace discussion with, or the advice of your own family GP.

The “M” word – meningococcal, scares the life out of any parent with a sick child. Although rare (there are only around 200 cases per year1,2), everyone has heard of cases resulting in deafness, brain damage, loss of limbs and death. Unfortunately, it can be a difficult disease to diagnose as it presents with common symptoms such as fever, irritability, headache, neck stiffness, muscles aches and vomiting. The characteristic rash, which looks like little red/purple bruises is not always present2. The highest incidence of Meningococcal disease is in infants under two years with another peak in adolescence1,2.

About the meningococcal B vaccine (“Bexsero”)

How safe is it and what are the side effects?

So why isn’t it on the National Immunisation Program?

So, my thoughts (just my opinion…)

I did vaccine my first baby. I chose to do it separately from his routine immunisations because of increased side effects when administered together. I was happy with the safety profile and decided that even if he was partially covered and only for a couple of years it was worth doing since he is most at risk in his first two years of life.  Although the disease is rare, the consequences are commonly serious and/or fatal so I felt the benefits outweighed the cost. Because of the uncertainties and the high cost, I wouldn’t push it on patients but I think it is important to be aware of the benefits/limitations so together with your GP you can make the decision.

I have now immunised both of my children. While my son was irritable post his doses, my daughter was completely fine apart from a big red mark on her leg (which settled with time and didn’t bother her). What I didn’t think about the first time around was to check with my private health insurance. My policy gave me about $80 back for each of my daughter’s doses, making it much more affordable!