A community is devastated after a five-month old baby has died in a freak runaway stroller accident.

Baby’s runaway stroller was hit by a van when it rolled away after it’s mother had not put the brake on.

The infant was flown to Starship Children’s Hospital in Auckland with critical injuries  but tragically died in hospital on Monday afternoon, police have reported.

The basket from the stroller came free in the collision and was flung approximately three car lengths forward, a witness said.

A freak occurrence, a terrible accident

The accident has been described as a freak occurrence after the pram managed to roll down a hill, directly been two parked cars and then onto the road. An onlooker said the chances of the trajectory were almost impossible.

“You could probably have that happen 100 times and it would not have hit anything. The timing of it – it was an absolute freak accident.”

Another witness has commented how they almost could not believe what they were seeing.

“You just see a pram came out the driveway. In your head you’re like ‘Am I dreaming?’ It was kinda like a nightmare. I saw the mum come running, she was in a panic, everybody was.”

The driver is in shock

The driver who hit the runaway stroller has said he can’t shake the image from his mind. Sudhir Saksena was driving in Northcote, Auckland, on a regular Monday morning, when he described how the stroller rolled down a hill into the path of his van. “I can’t believe it,” Sudhir Saksena told the NZ Herald.

“I really feel sorry for the baby and the family. It’s a nightmare.”

Saksena said the stroller came “out of nowhere”. Saksena described how he tried to swerve to avoid hitting the pram, he claimed it was just “too late”.

The close knit community has rallied around the mother and driver and is said to be devastated by the freak incident.

The mother has confirmed that she forgot to put on the stroller break. The child’s death has now been referred to the Coroner for investigation. Local police are ensuring that support services are provided to all involved or witness to this tragic incident.

If you’ve been involved in or witnessed an event that troubles you, please seek help: 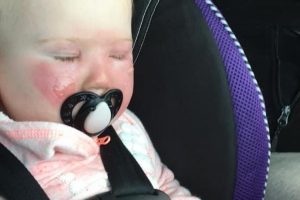