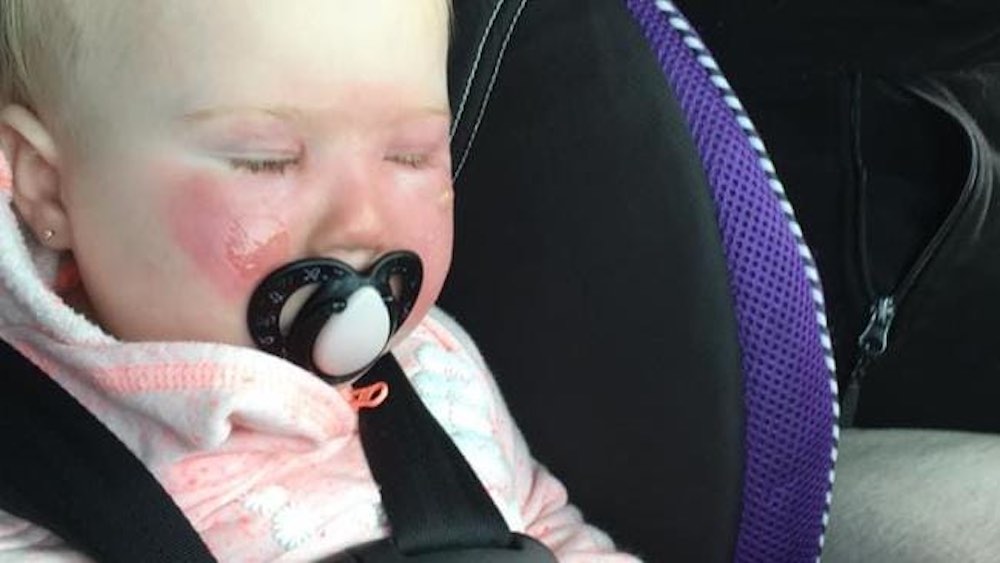 After her daughter experienced second degree chemical burns to her face, mum Rebecca Cannon has urged parents to be more cautious.

Rebecca Cannon (in Canada) had purchased Banana Boat Kids SPF50 to protect her daughter Kyla from the sun despite overcast weather, according to her Facebook post.

“As the day went on, she got a little redder and redder and the next morning she woke up and was swollen, she was bright red, there were blisters starting to pop up,” Cannon told CBC.ca. “We immediately took her up to the doctors and found out she has second degree burns.” 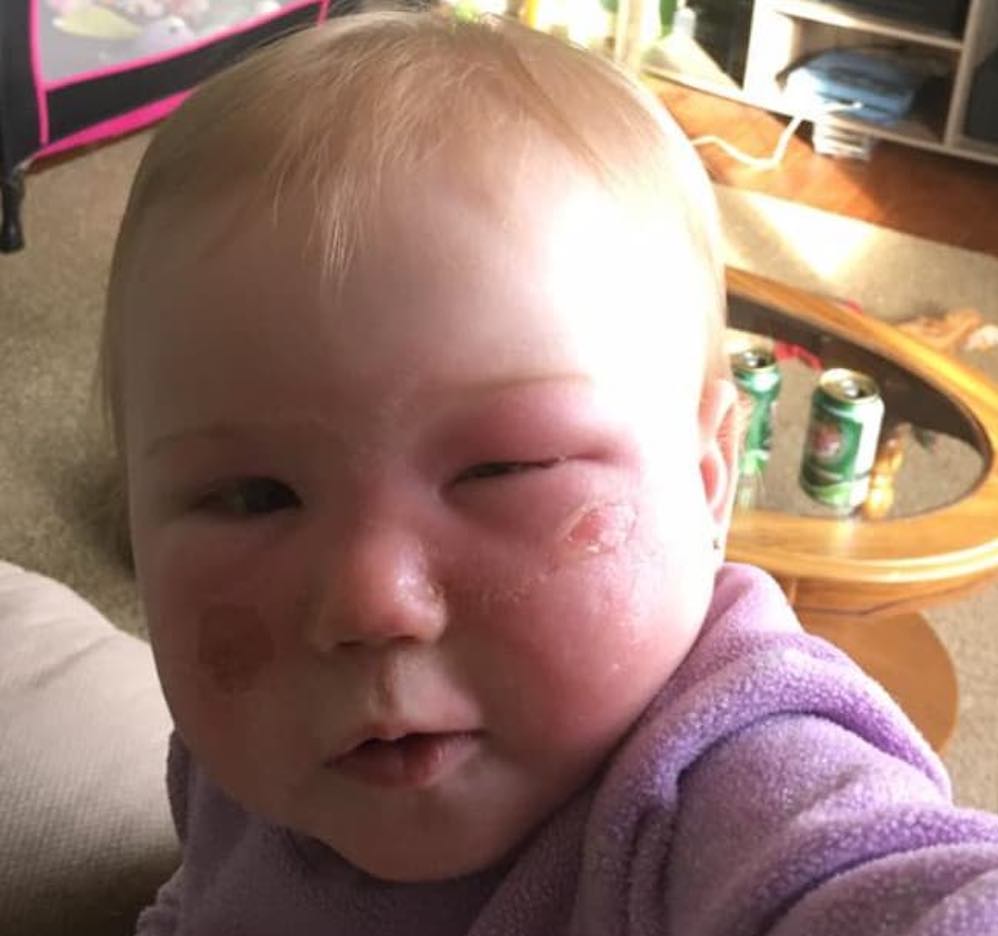 There’s a difference in the products

The mother acknowledges that on reflection she should have used a baby-specific sunscreen. She however assumed that using a child-specific product that was alcohol-free would be safe. Unfortunately for baby Kyla the results were devastating.

“I figured just putting it mildly on her face, for some protection rather than having none at all, would be OK and yeah, it didn’t go over well,” Cannon said.

Cannon explained how her 3-year-old nephew had used the same sunscreen without any adverse effects. Doctors were alarmed at the burns on Kyla’s face and said it wasn’t the first case he had seen. The doctor suggested that the sunscreen in question has potential to cause a severe allergic reaction. 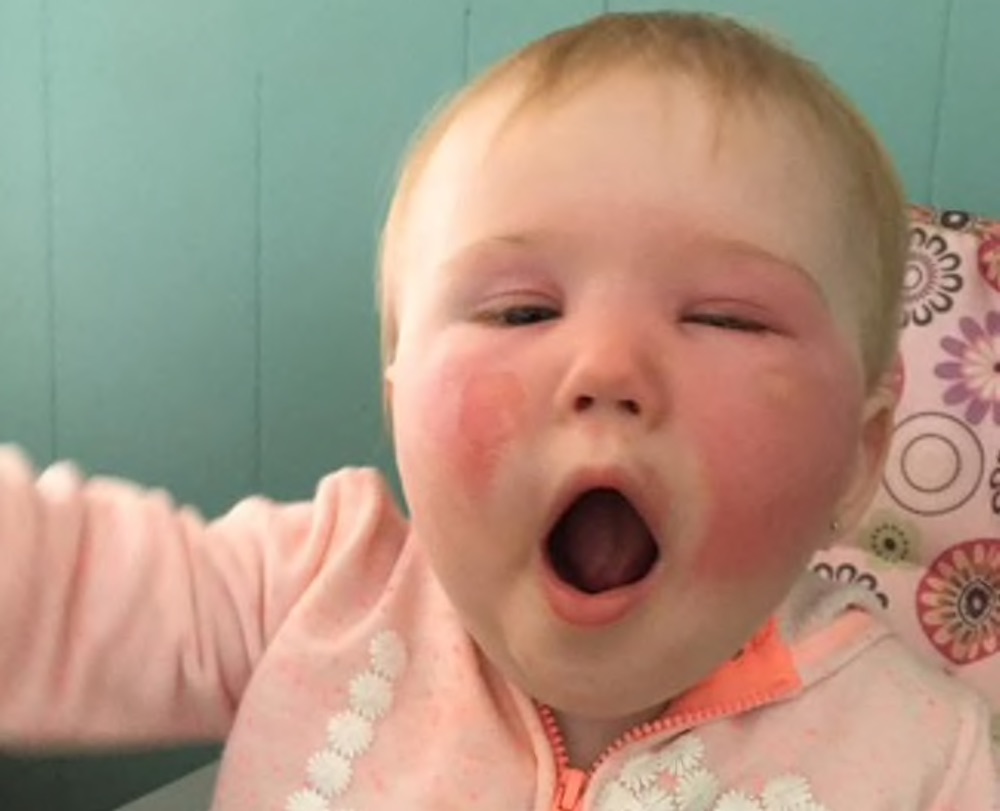 Banana Boat has responded to Cannon saying, “We are greatly concerned when any person encounters a reaction using our products. We have spoken with the consumer and asked for the product so that our quality assurance team can look into this further. Without examining the product, it is difficult to determine what may have caused the problem as described.”

Cannon is now determined that other little ones will not suffer the same ordeal as her daughter and is determined to spread the word far and wide. “I would have never — in a million years — imagined her to get a burn so severe from sunscreen.”

Tests say the product is okay

The Australian Therapeutic Goods Administration says it has  tested Banana Boat products in 2016 after a number of complaints and found “no evidence of a problem with the quality of any of the sunscreens”.

Make sure to use sunscreen correctly

Sometimes baby can be difficult about wearing a hat also – here’s some handy tips to overcome this problem!