That awkward moment, after death – explaining death to toddlers while you’re grieving

My grandfather died.  The grandfather my three year old and I would visit semi-regularly in the Alzheimer’s ward at the local nursing home.  In reality, my grandfather “died” of this terrible disease years ago, but he officially passed recently, on the day in fact, we were taking him his Christmas gift.  Explaining death to toddlers suddenly became a priority – we had to explore the concept of grief while going through grief.

We’ve all grieved for him for 8 years and although the event and funeral were very upsetting, in a way it was a relief too.  My son, however, didn’t understand the complexities of Alzheimer’s nor what it means to “be died” as he puts it.  So I carried my grief and set about explaining death to a toddler who couldn’t understand. 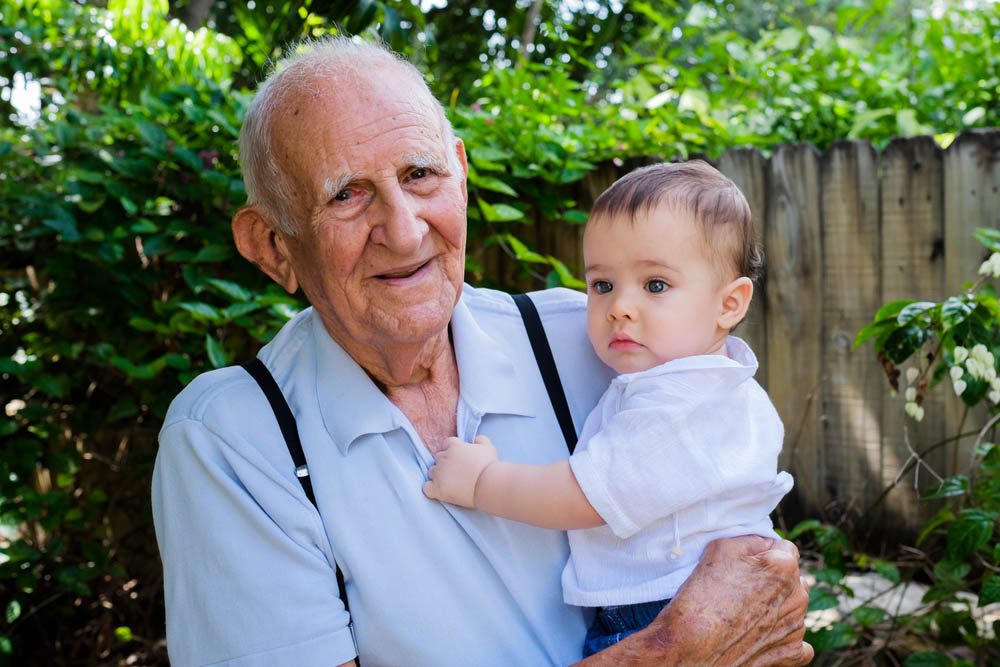 The unexpected, sucky things about death with toddlers….

Before children, death was a time to grieve loudly (and in private), to let it all out in a torrent of snot and vodka.  It was a time out.  A time where you could just feel free to feel crappy…  After children, though, all that freedom to grieve goes.  It becomes about putting aside your grief in the presence of your child, to deal with their questions and their confusion.

It becomes about being noble, saying things like “he’s gone now, but we’re lucky to have known him” when in fact you just want to scream “life is unfair and we’re all going to die, probably of bloody Alzheimer’s”.   Explaining the concept of a brain you’ve loved your whole life shrinking away is too much for you, or your toddler to take.

It also becomes about getting on with your day.  That may include a trip to the shops with your kids, distracted by the pretty things and the things we need from the grocery store.

It’s in these moments of peaceful distraction that a child will say “your grandpa is died”.  And that helps a lot to bring you out of the light of distraction and crashing back to reality.  As you drive home, snot, tears, even drool pouring from your face, it’s then that your three year old will try to cheer you up, by saying “look mummy, that’s your grandpa’s died hospital – that’s where your grandpa died” and “when can we go visit him again?”

This is your toddler trying to process his own understanding.  It’s easy to feel a little angry that your child is seemingly, “rubbing it in” but he is taking on some big concepts.  It’s not just the concept of death, it’s you grief – why are you so upset?  Remember that a little person can’t understand the finality of death so explaining death to toddlers is about explaining a lot of peripheral concepts.  Sadly, the process of understanding these makes for a very hard time for the grown ups around him.

How to explain death to toddlers

Suddenly, you’re faced with trying to explain to a small child what it means to “be died”.  Explaining death to toddlers is a very personal process and it comes down to your beliefs and your values.

For Christian families, this conversation goes one way, a way that gets extremely complicated with God and far off places where angels play harps and all sorts of things to distract a child’s imagination.

For the non-religious, it’s about explaining the sciencey aspects of death you your toddler.  That menas that Grandpa is buried in the ground and that he’ll decompose and become part of nature.  This tends to be a rude awakening to kids and it is met with weeks and weeks (so far) of tantrums that end in “I will died you and put you in the ground with grandpa” and even the odd “buried” nightmare.

All this adds to the stress of grieving and you may find yourself wishing you’d told your child when the goldfish died instead of just replacing it – so all this wouldn’t be a new and interesting concept to explore.  (Sorry about the whole toilet thing Flippy – you could be buried in the garden right now and my child would be all over this without so many ill timed questions).

Dealing with your own grief and watching your toddler explore theirs

Grief with kids is also about a total lack of privacy.  Collecting my boy from day care, I was greeted with sympathetic looks and a quiet word from the director.  She wanted me to know that my son was happily sharing his newfound knowledge with the other children and playing “died” games where Barbie forgot how to talk and just stared blankly into space (as I suspect Barbie would actually be in real life) so they buried her the sandpit.

Excellent.  Can’t wait for those kids to tell their mums about their day…..  And so it went, my mother knew I’d been crying.  My friend’s child told me that my grandfather is dead and I blew a snot bubble out my nose from crying too much.  And on and on….from the check out girl at the grocery store to the lady waiting in line at the ATM, everyone knows that my grandpa died.  Nowhere to hide that grief – it’s in plain view.

So, as a good mum, I’ll turn this into a cup half full of crap….

My toddler taught me about dealing with death

This is what a child gives you.  Answers to the big questions.  Insight into what you truly believe.  The courage to face things that are hard to face.  Reduced opportunity to drink vodka.

Being a parent is 99% about getting them up, washed, out the door, doing their homework, eating their greens and doing your best to keep it together at bedtime.  Death gives us the chance to do that 1% of parenting that suddenly shapes another human being in a moment – and to prove it, they go and shape you right on back.