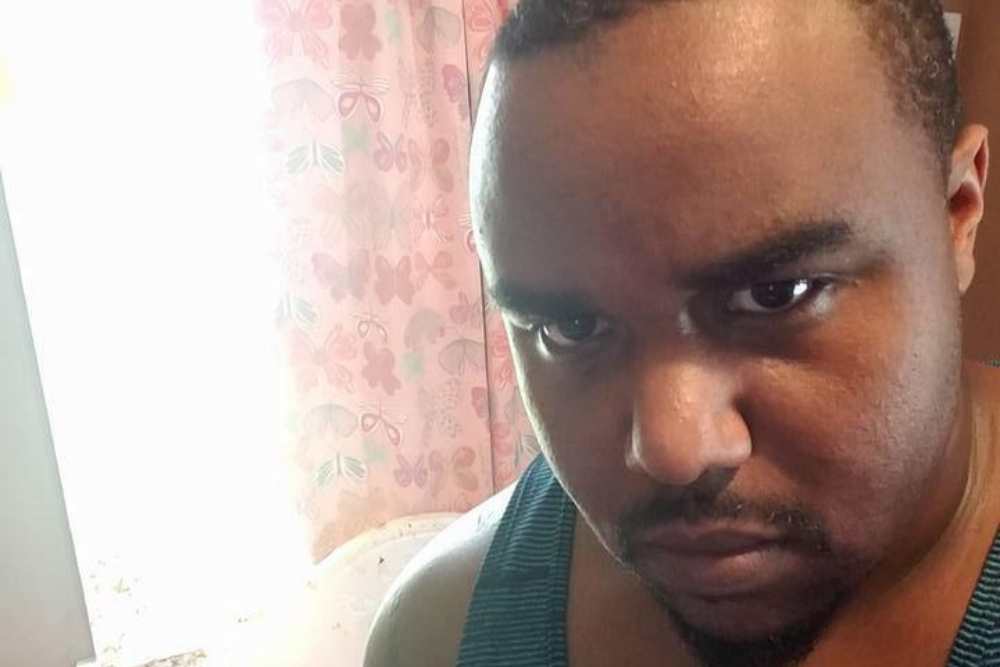 There are some accepted facts of life about being a parent. One of them is you will deal with poo. Sure, parenting can be a dreamy experience but as every parent knows, kids’ nappies can often be a nightmare.

The amount of poo in this story far exceeds the aforementioned nightmare levels. And, as such we can only gasp in horror or cry with laughter. Or both.

Meet Jesse Mab-Phea Hill of Omaha, Nebraska. He turned his daughter Alessandra’s faeces fiasco into a Facebook post so hilarious that it went viral — his words obviously striking a chord with parents across the globe. Really though, we can understand why. It’s a poo incident like no other.

The social media post, which has now been shared over 11,000 times, reads as follows:

“So I was having a pretty good day. Dropped the boy off at school, worked out, let the dogs outside and began chilling like a boss in my man cave in the basement.

Mayra was out teaching her workout class, Alessandra was sleeping in her room and the dogs were outside.

I had the house to myself and I was taking full advantage of watching unimpeded YouTube videos.

I scan the basement from the stairs thinking the dogs dropped a deuce before I let them outside.

I see nothing…. And then my blood runs cold when I realise the stink is coming from the upper floor.”

Mab-Phea races upstairs, fearing – and smelling – the worst. And then he’s faced with nothing he could have ever imagined. It’s more than a poo incident. 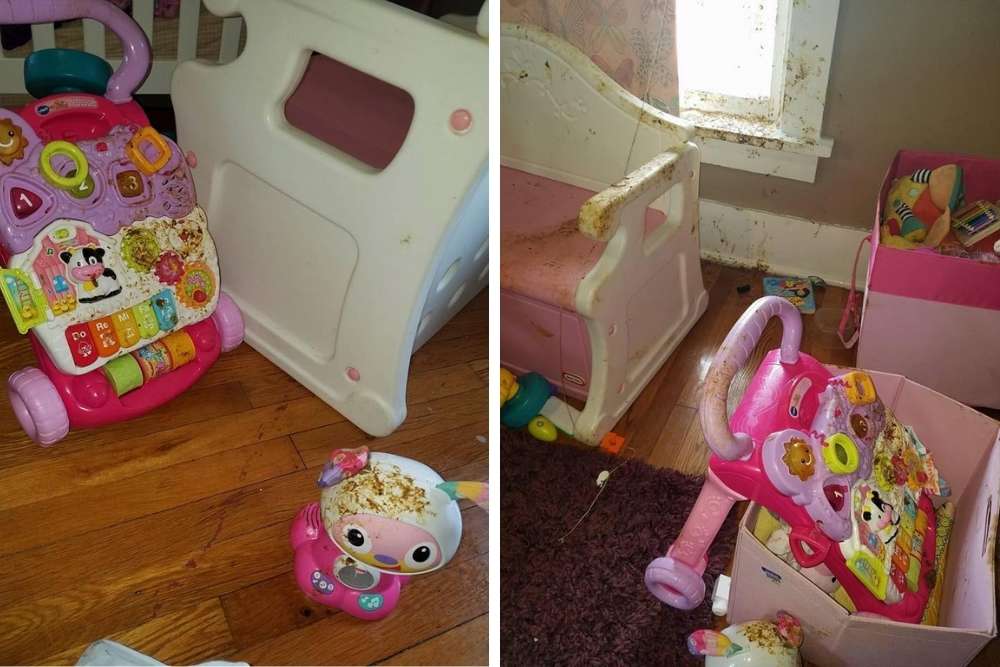 “There she is, standing at the baby gate, butt naked, holding her diaper, covered head to toe in her own cr**.

I’m not talking a little poop here and there on her.

Everything is covered in steaming baby cr**.

The walls, the toys, the windows, the curtains, the play bench, the floor, the baby piano, my hopes, all covered in crap. It looked like a real category 5 s*** storm blew thru her room. 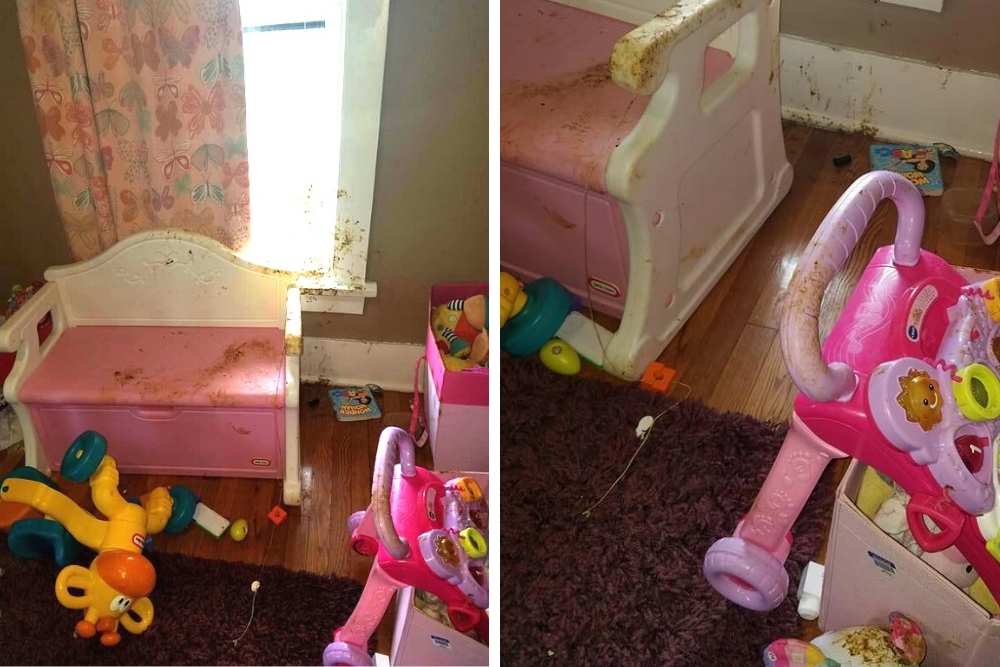 The result is enough to make any parent shudder back from their laptop screen in horror. Part shock. Part immense relief that – this time – it wasn’t your kid who painted with their own poo. You can only feel great empathy for the family as you imagine what the aftermath entailed.

Cleaning up the poo incident of 2020

Cleaning up the giant sh*t storm required a 30 minute bath for guilty bubs. And then two and a half hours of solid gag-induing cleaning. The task demanded two rolls of paper towels, five ‘stolen’ gym towels, a bottle of Pine-Sol, a bottle of bleach, a big bag to store the crap covered toys and much ‘hard graft’.

They say a picture tells a thousand words. We can only imagine what poor old Mab-Phea said when he saw the room. What we can however be sure of, is that it was definitely not safe for little ears…

Have you experienced your own terrifying tale of nappy terrorism? Images via Jesse Mab-Phea Hill social media. This story was first reported by The Sun.