Iron infusions in pregnancy are used to treat iron deficiency anaemia when taking iron orally either isn’t working, isn’t sufficient or isn’t tolerated.  Iron is required by the body to make haemoglobin and haemoglobin is used to help carry oxygen from your lungs to the rest of your body.

Low iron levels can leave you feeling tired and incapable of day to day activities.  The risks of severely low iron during the first two trimesters include having a pre-term delivery or low-birth-weight baby. The mother is  more likely to have increased blood loss during labour and it can be more difficult to fight infections.

Read more about the risks of low iron.

An iron infusion is given intravenously which means into the veins and this gets the iron straight into the blood stream.  It is important to discuss the risks and benefits of an iron infusion with your doctor. 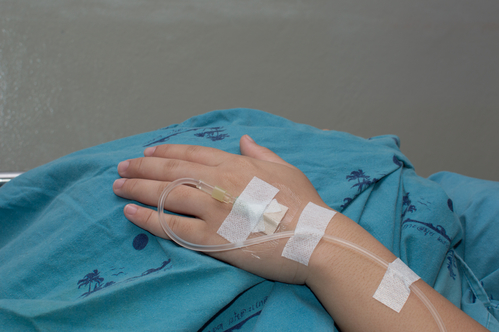 Our community have shared their experiences with receiving an iron infusion.

What are other peoples experiences with having an iron infusion during pregnancy?

I had an iron infusion, had no problems with it, made me feel a lot better with more energy and is better than taking tablets Erin

I had iron infusion at 38 wks much better than iron injections. Karen

I had an iron transfusion at about 35 wks and had a migraine for 10 days afterwards. Was living off panadeine forte. Dr said it was a new kind of one which had only just come out (in about January 15) and no one so far about 100 ppl had an adverse reaction at their clinic. I was first one. I never felt bad before it but I have been taking fe tabs for years and years. I didn’t feel any diff in energy but omg I never want that again!!!!! Ria