New friendships, no thanks! 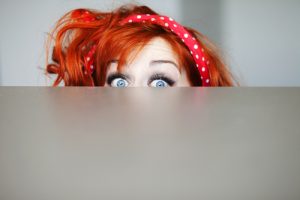 Lou takes us on another hilarious journey through parenthood. This time it’s not so PC – Lou struggles with forging new friendships when the only connection is having a child of a similar age.

My husband and I have recently been discussing what we’d like to do for our son’s third birthday party. When he turned two we had just moved interstate to a rental house that was very unlike what we’d signed up for. Two hours before the small gathering of pals (it’s called a ‘gatho’ in Brisbane, yes really) the plumbing exploded and the back yard turned into a realistic tribute to the Yarra River that I thought we’d left behind in Melbourne.

As turds that were not ours floated past my darling child’s sad little head I composed the first of many expletive-ridden emails to the worst real estate in the world. Such phrases as “shit has gotten real” and “how do you sleep at night; you are the actual worst” are quite fun to angrily write but that fleeting joy was overshadowed by the fact that my son’s tiny party was ruined by human poop.

What we’re after with birthday number three is something fun, low stress, no drama, little effort and obviously shits staying in toilets or pants. We’ve come up with an idea to have his mates from childcare come round for a little swim, a bounce and a whinge on a bouncy castle, a lolly bag and then a big fat GTFO. But now I’m caught up in a dilemma not dissimilar to the great Brown Wave of 2016.

It’s not that I don’t like ANYONE. I like my friends very much. I like my husband. I am very fond of my child. I like my workmates. My neighbours seem pretty cool (on one side, at least. There are only so many times you can listen to someone whip and nae-nae before an off-the-grid, survivalist lifestyle begins to become appealing).

I just feel like, at the grand old age of 33, I have reached a point where my “friend” quota has been very much reached and I’m totally fine with that. I have a finite amount of energy and I’m happy with how it’s currently spent. I am not taking any applications for new friendships at this time, sir or madam, but I’ll happily keep your resume on file should a position arise in the future (jokes, I’ve binned it). I DO NOT NEED NEW PALS.

But then you become a parent …

And suddenly – people! People who want to talk to you and ask you things! People with opinions and advice! People whose children are in vaguely the same age range as you who want to socialise and forge new friendships! Mothers groups! Gymbaroo classes! Childcare P & F! People inviting you to parties! People talking to you at playgrounds! “You have a kid”. “Yes, you also have a kid”. “Yes, we both have kids”. GIVE ME A BUCKET.

And now we’re inviting them into our house. Our sanctuary. Where we watch our beloved television. Where we throw rubbish off the balcony into the bin below using a little rope to pull the bin lid up. Where we have a photo-shopped family picture on the wall with everyone’s heads replaced with Gary Busey. Where the furniture doesn’t match and the back deck is ugly and there are stickers everywhere but it’s ours. Our fortress. We are lowering our draw-bridge to strangers and all I’ve got as means of protection are two tiny dogs who are scared of their own farts.

Who will they be, these childcare parents? What kind of things are they interested in? What are their beliefs? What will I talk to them about? My son will be fine – his main topic of conversation at the moment is that he wants to stay in the bath forever. But what am I going to say? I can’t open with that!

So here is where I need your help. How do you make conversation with people you’re forced into interacting with, by nature of you all having created tiny people? How do you get through parties with adults you don’t know, and probably wouldn’t care to know, and come out the other end grinning like a deranged toddler high on lolly snakes? How do you make small talk without relying on booze as a social lubricant?

Please give me some advice. I’d offer to have you round for coffee as a way of thanking you but, you know, I hate everyone and none of my mugs match.