A dangerous new craze has appeared on social media in the last few weeks involving a money-making scam promising to make you hundreds of dollars. The ‘Loom’ or ‘Blessing Loom’ is a scam masking itself as a profitable recruitment program via social media.

The ‘Loom’ requires you to send $300 to the person at the centre of the loom, then requiring you to ask friends and family to join moving you closer to the middle of the loom. This central position is where the individual is told they would be making the most profit.

While people are claiming to have made a profit, it is unlikely that the people on the outer circles will reach the loom centre to turn over their profit. 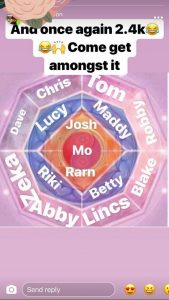 A promise of making a minimum of $2500 when you reach the middle of the loom has seen this craze go viral on social media apps. This risky money-making scheme has spread over WhatsApp, Messenger and Instagram, where the danger is that it is people you know asking you to join in the money grab. 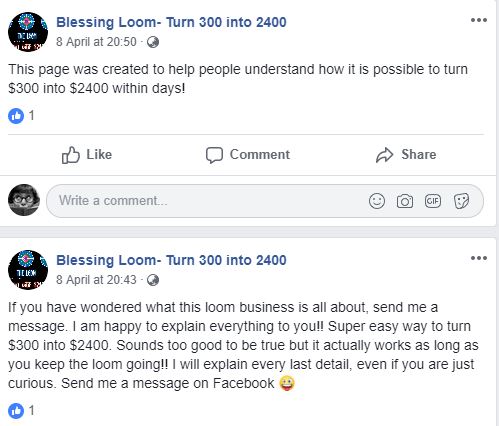 The scheme appeals a younger demographic as the investment is only a few hundred dollars, but like all pyramid schemes is illegal. The fact your friends are asking you to join the Loom can make it sound safe and as Dr Cassandra Cross from the Queensland University of Technology told ABC News, “If you’re asking your friends and family to do so, it takes away some of the warning signs that this is a scam.” 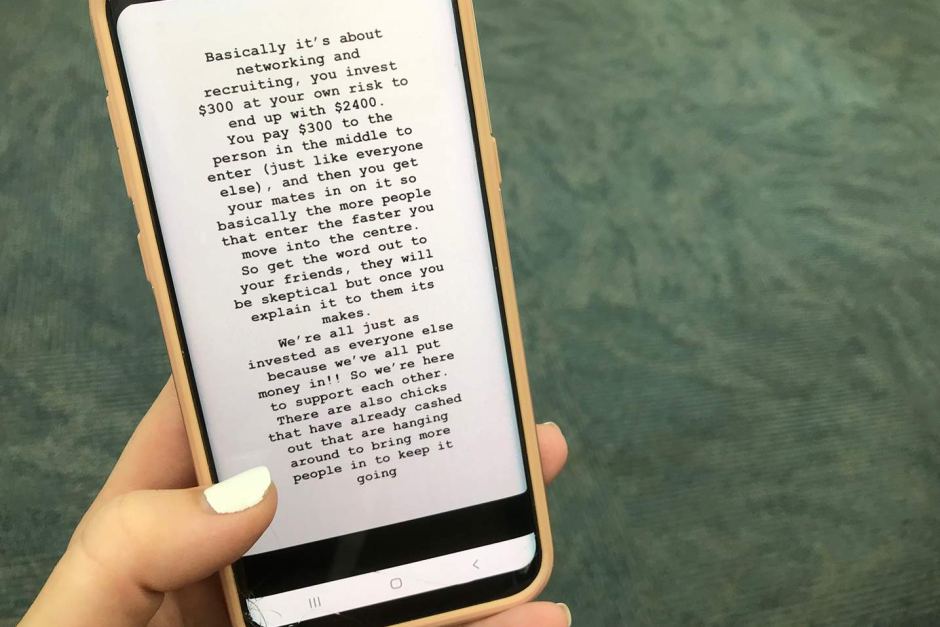 While not a pyramid scheme, this new scam still requires you to recruit people to make money
Image: ABC News Johanna Marie

Emotional and supportive language is used in the recruitment process, “We’re all just as invested as everyone else, so we’re here to support one another,” reads a text trying to lure in a recruit.

Although, the Australian Competition and Consumer Commission (ACCC)’s Scamwatch has received over 128 reports of Loom scams since February 4 this year, with losses of $7,600, the scam seems to continue leaving many people hundreds of dollars out of pocket.

“It will certainly get to a point, as many of these schemes do, where there’s no new investors and no new people coming into it and once that happens all of the promised returns never eventuate and it all falls over,” says Dr Cross.

As with most scams on social media, most get rich quick schemes are too good to be true and a logical and level-headed approach to investment is always advised.