Six Things Dad Should Do, and Mum Should Make (or Let) Them…

When I was young many of my friends had mums who stayed at home and never worked while their fathers worked full time.  A common story I’m sure.  Back then the mothers seemed to do almost everything with the children and the fathers only seemed to get involved on sports day, and maybe for only the period of time that included taking the kids to sport on a Saturday morning, watching the game and then heading back home.  This is where most of the parenting for the father ended.

And whilst it is changing, whilst dads seem to be getting more involved in many aspects of his child’s life, we still have a long way to go to being equal in the department of parenting.  When so many men are making the decision to be a pro-active father, many are lagging behind.  It can be for so many reasons; peer pressure (honestly, why do some men let their mates bag them about wanting to be a good dad?), society’s expectations (us men, we hunt, we gather, we don’t child rear), their own lack of confidence, and many more reasons.

So I have come up with a list of a few things that I believe that every dad should do, and every mum should make (no, let me change that to let) them do.

With this one, I am lucky because my wife works every Saturday.  But even when she wasn’t working (especially when our second child came along) I spent the day one on one with our eldest son.  Now that she is back at work, every Saturday is a day I get to spend with both of my boys.

This is something that I would encourage dads who are still living with the mother of their child to do. I put it like that because unfortunately it is something that separated or divorced dads get to do, and maybe if they had more involvement with the child or children before hand, the partnership might not have ended. In some cases, anyway.

Even if mum isn’t going to work, send her out on her own.  If she is a full time stay at home mum this is a great way to let her have some time off, some time for herself, or to catch up with friends and family without the stress of kids.

The reason this is so important is that it allows for the dad to make EVERY decision that day.  What to wear, what to have for breakfast, how to spend the day, where to go, what to see, and maybe who to invite for the outing or play date; these decisions are very important for the dad to be a part of.

Because I got into this routine and was confident with looking after my boys without the need for relying on my wife, she had the confidence to leave us and go on hen’s weekends, stay at a friend’s house after going out for the night, and she is even looking at going overseas on a trip with her best friend to visit another friend who has moved overseas to work.

Far too many times I read on parenting forums (or should that be forums for mothers??), mums ask for advice because the father of her child/ren is not being supportive with a decision that she has made.  Yes, you read right, the decision that SHE made.

The expectation that the dad should do things that weren’t expected of his father or his grandfather is very high.  My father wasn’t in the delivery room.  My father didn’t change nappies.  My father didn’t get the kids ready for school, make the lunches, pack the bag; the list goes on…

So whilst mums are expecting dads to make a fifty/fifty contribution, it would seem that physical activities are more than welcome, but making a decision on what’s best for the child is not.  Basically dad, you can be the brawn, I’ll be the brains.

In a perfect world, all the variables of raising children will be nutted out by both parties in the infancy of their relationship. Do you raise the child with mum’s religion or dad’s?  You’re both from Christian faiths?  Good, but do you baptise Catholic or Anglican?  Do you baptise at all?

The dad is not circumcised but the mum’s family has the tradition that goes back many generations (for religious purposes, or otherwise), and her family are putting pressure to have HER son circumcised.  But the child is THEIRS, not just HERS.  The shoe can easily be on the other foot, and in this argument it generally is.  He is circumcised and wants his sons to “look like him.”  This is not a debate for which is right and which is wrong (although I have my own opinion on this), but what this highlights is that, in many relationships, what the mother says goes.

But this goes beyond the decision we make for the children when they are babies too young to make decisions on their own.  When they get older they might want to watch television on the day mum goes out and it is a one on one day with dad.  If dad says an extra hour of television is fine, well then, maybe it is when he’s in charge, and maybe it is when mum is still home and dads says yes to stop the whinging.

Dad says yes, this time, to that extra lolly; that’s fine.  Dad says yes, this time, to staying up and watching the end of the Disney movie on television; that is fine too.  Let dad have a few of these decisions without recourse.  Let him say “five more minutes then bed” but make sure it is five more minutes and that he mans up to the consequences of this decision (if there is any recourse).

You see, if dad doesn’t get a few of these decisions go his way now and then, arguments generally ensue.  And if arguments become full on fights and the relationship ends based on this, guess what?  When dad has he weekend custody after the separation or divorce, then on those weekends ALL the decisions are his.

Whether this is at his work, or maybe it is what sport he plays on the weekend.  Does he tinker with a car in the garage, or build his custom man cave furniture in his, well, man cave? The kids are interested in what their dad does when they are normally not around to see it.

It doesn’t have to be dad and his boy.  Every little girl wants to help daddy in the shed.  She might be his princess, but she can also be his side-kick as well.  And this doesn’t make her a tomboy (a fear that some mothers have).  Dads need to get the kids involved with things.  Okay, so a four year old doesn’t need to learn how to use a power drill or circular saw, but they can attempt a few turns on the screwdriver or a few pushes and pulls of the saw on a non-crucial cut.

Both of these things are important for bonding.  This goes without saying.  Unfortunately, because it is still not that common, it had to be said.

As per the one above; I cannot stress it enough.  Read to your child.  Here’s a cheat.  When the child is young and they don’t understand the words, just having them on your lap with a book in front of them is encouraging.  Make up the story to suit your day (especially if it is the end of that perfect one on one day together).

As the child gets older, use the book to “find the tiger,” or “show me the RED car.”  Again, the words aren’t necessarily important when the child is young.  The interaction with dad is more important.

Once the child starts understanding and saying words, let dad get the joy of reading the same book every night for two weeks.  Let dad have the even greater joy of having the child point out that he said the words wrong, or that he skipped a page.  Let dad know how the child is developing into one smart little character.

Don’t just take them to the park, push them on the swing. Don’t just let them comb Barbie’s hair, dad should help pick out her next outfit.  I love playing with the little cars with my boys.  I also love wrestling and playing stacks-on with them.  I can’t wait for them to go through the Lego stage.  (Secretly I am longing to relive that part of my childhood).

I hesitated to include this last one as for some dads this might be the only one on the list that they actually want to do, if they don’t already.  But dads need be able to do all these other things to make family life easy on everyone…

Because dads are parents too. 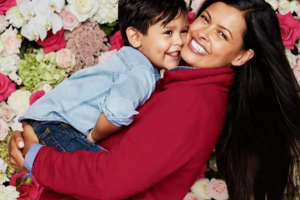 How to survive winter weekend sports