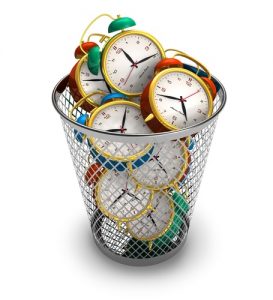 Sometimes I think back to my life pre-child and wonder exactly what I did with all of that free time.

In the moment I’m sure I felt very busy. Things to write, work to do, booze to drink. Film festivals that demanded my attention. Op shops that needed to be really focused on and scoured through before finding that perfect item that I would then chuck in the back of my wardrobe and never see again. Hangovers that required extra-large Frozen Gulps from 7-11, endless cigarettes and sleeping under a doona with the air-conditioner on. Complex hairstyles for work that involved watching YouTube tutorials, entire packets of bobby-pins and roughly two to three hours of intense focus.

Please don’t misunderstand me – I certainly don’t mean to imply that if you’re childless you’re therefore frivolous and a time waster. I have friends who live enormously complex and full lives very much rich in value, who do not have children. Children are not the be-all and end-all of what makes us complete human beings – the choice (or sometimes not-a-choice) to have or not have children doesn’t inherently make one side superior to the other.

What I am getting at is that before children I was a complete and utter time-waster. I could procrastinate for Australia. I could manage to be late and completely unprepared even if I’d had a solid eight hours set aside to get ready for a task. I liked to think of it as part of my charm despite the fact that an ex once likened my ability to thieve time to a “black hole for productivity”. At least I think that’s what he said, I was colouring in panels of lino on our kitchen floor at the time.

In my experience it’s been since having a child that I’ve really had to overhaul how I spend my time and how I prioritise what needs to be done. Those who have only met me recently see my tidy desk and organised Outlook calendars and think it must have always been so but this truly is organisation born out of necessity. I have seen the face of hell and it is a sleep-in on a Monday morning without lunches and bags already packed.

Nowadays I’m all about productivity apps, ordering groceries online, scheduled classes, chores lists, blackboards with family goals (twenty-something me is currently sobbing in the corner over that one) and keeping our work calendars open so we can see any potential problems well in advance. None of these systems, however, are safeguards against the horror that is…

The Lemony Snickets. A series of unfortunate events. A no good, very bad day.

You know those days? The alarm doesn’t go off, not that it matters because you’ve had the shit kicked out of you all night by a two-year-old who has no concept of personal space. You roll out of bed only to step straight into dog shit because your husband forgot to put the dogs outside last night and they have about two brain cells between them. You stumble to the shower but the hot water system’s playing up again so it’s a freezing twenty seconds of liquid ice pelting into your skin before you gasp out of there to be greeted by a dirty, mouldy towel. You go to put your makeup on but you forgot to buy your everyday foundation AGAIN so you are forced to go a weirdly formal face of makeup that makes it look like you’re participating in “RuPaul’s Drag Race” instead of mooching around an office trying to avoid Gary who farts every time he bends over. Bloody Gary!

Breakfast this morning is weevils for everyone because the cereal container has once again been compromised and a fight breaks out over whether the ballet tutu is too filthy to wear to childcare or not. Your husband asks for a lift to work but as soon as you’re about to leave he declares that he has to do something very complicated and time-consuming that could not possibly wait until this evening, despite the fact that he had all weekend to do it.

As you sit in your car and contemplate inflating the airbag into your own face your phone beeps with a reminder about a meeting that you seriously, seriously need to be at. There’s no chance you’ll make it in time and the last time you called ahead to advise you’d be late you heard the receptionist roll her eyes so hard it sounded like marbles being rolled down the phone line. Just as you’re about to peel out of the driveway the two-year-old announces proudly that he has done a “really big and bad” poo that will possibly require a hose and a hazmat suit to deal with.

Back into the house to deal with the abomination blow-out and then back into the car after everyone changes clothes and someone sprinkles the affected area with Holy Water to try and get rid of the smell. After slowing your car at the train station so your husband can disembark via a gentle roll out the door instead of stopping to park you manage to make it to childcare just in time for them to put all the breakfast stuff away and get out hats for outdoor play. You look at your breakfast-less, hatless child, you look at the time and then you look inward towards your soul and try to control the urge to scream. Your child’s teachers, bless their underpaid and overworked hearts, pick up on your vibe and deliver a banana and a hat to your toddler who gives you a smoochie and goes off to play with his pals. Back into the car and to work at the speed of light.

You arrive, breathless and accidentally braless, to a meeting packed full of smug faces and red ties who exchange little looks of “she’s late again” variety. You crash land onto your seat, promptly slide off it a little but regain composure, and then pretend to act like you have any idea what the fuck is going on.

One of the red ties leans towards you and says, in a condescending stage whisper, “You know, my wife tries setting her alarm for an hour earlier to help fit it all in”. Your face pulls into a weird grin that makes you resemble a psychotic shark and before you dive in and bite his head off the meeting is over and everyone is back at their desks.

You take a sandwich into the toilet and cry while eating.

I hear ya, babe. Lemony Snickets. I need a Frozen Gulp, a lay down and then a long hard look at my Outlook calendar.