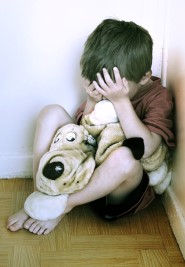 I have a 2 and 1/2 year old and a 5 week old been having lots and lots of behavioural issues with the eldest since bubs has come along. He hits us and bites us tries to hit the baby throws biggest tantrums when he doesn’t get his own way. He used to be an awesome sleeper now we fight with him for 3+ hours to get him to stay in bed feel like constantly yelling at him and feeling terrible!! Any advice much appreciated.