My Heart Broke in a Whirl of Blue Confetti: Gender Disappointment and Sex Selection IVF

My husband and I each stood poised, needles in hand, ready to burst the balloons and reveal the genders of our unborn twins. Parents to 3 boys, we were hoping and wishing for a girl (or two). My husband popped twin A’s balloon; boy. Heart pounding, I popped the second balloon. Boy. In that moment, my heart broke in a whirl of blue confetti. I tried to hide it with a laugh and pretend that I didn’t care, but inside I was devastated. The daughter I had dreamed about for so long died in that moment.

Rewind 6 years earlier, I was that person that didn’t ‘get’ gender disappointment. My husband and I had been trying unsuccessfully for a baby for nearly 2 years, we didn’t care what the sex of our baby was, we just wanted a baby. ‘Why isn’t she grateful for a healthy baby?’ I used to think; while I suffered month after month of devastating nothing. When we finally conceived on our 3rd round of IUI, we hit the twin jackpot. Both babies were boys, and we were delighted. When number three joined our family 2 years later, I had a slight preference for a girl, but I didn’t mind either way and was happy to welcome my third son.

It wasn’t until sometime after my third son was born that I started to experience gender disappointment.

We made a logical decision to stop at three kids

We had made the logical decision to stop at three kids, but once the vasectomy was booked in I was tortured by indecision. We talked it over and decided to try one final time in the lead up to the vasectomy. This time we would do everything we could to have a daughter. Gender selection IVF crossed my mind, but it’s illegal in Australia and the cost of having it done overseas was prohibitively expensive. So we gender swayed. We tried diet, positions, timing; the works. Of course, I was prepared for the fact that I might have a boy and was ready to welcome a fourth son. What we didn’t expect was a shock second set of twin boys.
Finding out both twins were boys led to a grief I never anticipated I would experience. I expected to feel some sadness if I didn’t have a girl on board, but I was not prepared for the strength of my grief. I cried for weeks, mourning the loss of a daughter who had never existed, would never exist. To me, it felt like someone had died. It wasn’t just the baby moments I grieved for; I was grieving the loss of many mother-daughter moments over a lifetime. I would never get a pedicure or go on a girly shopping trip with my daughter. I would never look on with pride as she did her deb, never wipe away tears of joy as she walked down the aisle, never hold her hand and encourage her while she struggled to bring her first baby into the world. I mourned for what would never be. Five kids were more than we had planned for, there would be no more for us so there would be no more chances at a daughter.

I was also struggling with the fact that I was having twins again, twins were not part of our plan; a fifth baby and a second set of twins was very scary and the strain told on our relationship. Locked in my own world of sadness, I struggled to bond with my unborn sons like I had done with my other babies. I felt envious of other mums pregnant with singleton girls, I avoided the baby girl section of shops and hid girl clothing pages that came up on my news feed in Facebook. I told myself I was being unreasonable, that I was fortunate to have healthy, beautiful twin boys on board. But that didn’t take away the sadness and longing for a daughter. I opened up about it and for the most part, people were supportive. There were the ‘you should just be grateful’ comments (usually from people with children of both sexes). Such comments hurt; but I figured I could do my bit to help raise awareness about the experience of gender disappointment by sharing my experience. Over time, my grief subsided, I bonded with my beautiful boys and have come to love them to bits. I wouldn’t change them even if I could and have embraced life as a mum of boys. However, I will always feel a certain sense of sadness for the daughter that will never be.

In recent months I stumbled upon a page where a group were lobbying to have the option sex selection IVF available in Australia. I joined this group and read story after story of the loss and suffering associated with families not having a daughter or a son. Every one of these families carried the pain of feeling like a family member was missing, plus the added suffering caused by the often cruel comments made by people who didn’t understand the additional wound they were inflicting.

Families who use IVF for gender selection are often met with so much negativity that they fear even sharing their identities.

They are shamed, ridiculed and labelled ‘selfish’ or guilty of creating ‘designer babies’. Gender selection IVF is not about altering the embryo in any way, it is the standard IVF procedure; the parents just learn the sex of the embryo during the procedure. This is common practice in the USA and other countries and overseas, parents who have IVF have the option to know the sex of their embryos. Allowing gender selection IVF for the small portion of the Australian community who would utilize this would have a massive positive impact on balancing the families affected and minimal effect on anything else. A higher portion of families on the page were hoping for girls, because the natural birth rate sits at around 51% boys/49% girls, with slightly more boys being born than girls. So if anything, allowing this process would even the birth rates out ever so slightly. Those wanting to go through this are prepared to pay full IVF fees, they do not expect Medicare subsidies like those that are available to couples suffering infertility. They merely wish to have the option to undergo IVF for gender selection in Australia.

Many will not agree with the idea of IVF for gender selection and that is understandable. The majority of families of 3 children or more are of mixed sex (around 73% of 3 child families are mixed sex). The odds of having all the same sex children decline with the number of kids you have. 85.4% of families with 4 children have children of mixed sex. The chances of having 5 boys like we did, is around 6%. That means 94% of all other families with 5 children have both boys and girls. The upshot of this is that the majority of families have both sons and daughters; therefore, they may not understand what it feels like to experience the longing for a son or daughter they don’t have. It’s easy to think it wouldn’t affect you, but it’s something you don’t know until you experience it. In addition to this, many other families who have two or more same sex children may not experience gender disappointment, not everybody does experience this.

That, however, does not mean that the suffering of those who do experience it is any less real.

Have you experienced gender disappointment? Would you support the legalizing of gender selection IVF? Share your thoughts below.

Deidre is a busy mum to 5 little boys including 2 sets of twins, who loves to share her experiences of life as a double twin mum. She is a full time secondary school teacher, is the main breadwinner and in her very limited free time she enjoys writing, reading, social media and is an avid fan of The Barefoot Investor. Deidre lives with her hubby and sons in North East Victoria in a quaint old house that is bursting at the seams with little boys! You can follow Deidre on her blog 'Aussiemum Unleashed' 'Aussiemum Unleashed' 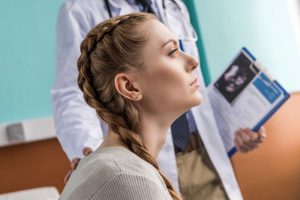