How to get baby to take bottle 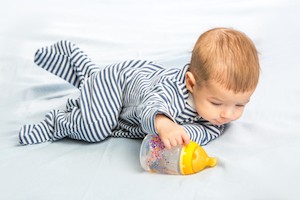 I breast feed my 14week old son. I express milk for him and now he won’t take it from a bottle. How do I get him to take a bottle again?

Did you offer your breastfed baby a bottle? Share your tips on how to get baby to take bottle