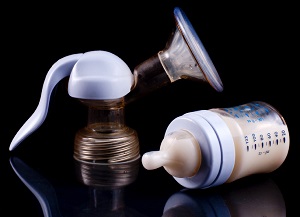 Breast versus formula has been long debated, what’s your thoughts? In this day and age is one really better than the other?