The newborn stage has long been a mystery to many parents. Growing, crying, wind pain, questions about colic and intolerances – these have long been the kind of parenting roadblocks that have had many of us laying awake all night (like we weren’t already sleep deprived anyway!). Looking for answers? It might just be the Wonder Weeks!

The Wonder Weeks are a series of mental leaps that most babies seem to go through at around the same time. These are developmental milestones that have positive and negative impacts on your home. The positive is that these are the times when your baby is learning more about themselves and the world around them. The negative is that it’s usually accompanied by baby being quite miserable about it!

These baby leaps involve mental cognition, recognition, movement, sound, colour, light and a swift introduction to what it is to be a human. Potentially, understanding the Wonder Weeks might alleviate some of the exhaustion and confusion that you’re feeling if you can track what’s going on and see that there’s light at the end of the tunnel.

Baby Hints and Tips would like to advise that the below information will differentiate from child to child and does not take the place of medical advice. Thank you to The Wonder Weeks for allowing their hard work to be used by the general public.

There are ten Wonder Weeks that you may see your baby work their way through. Some are more difficult than others and some last for longer or shorter amounts of time. Every baby is different and there is no one ‘right’ way to be a baby. 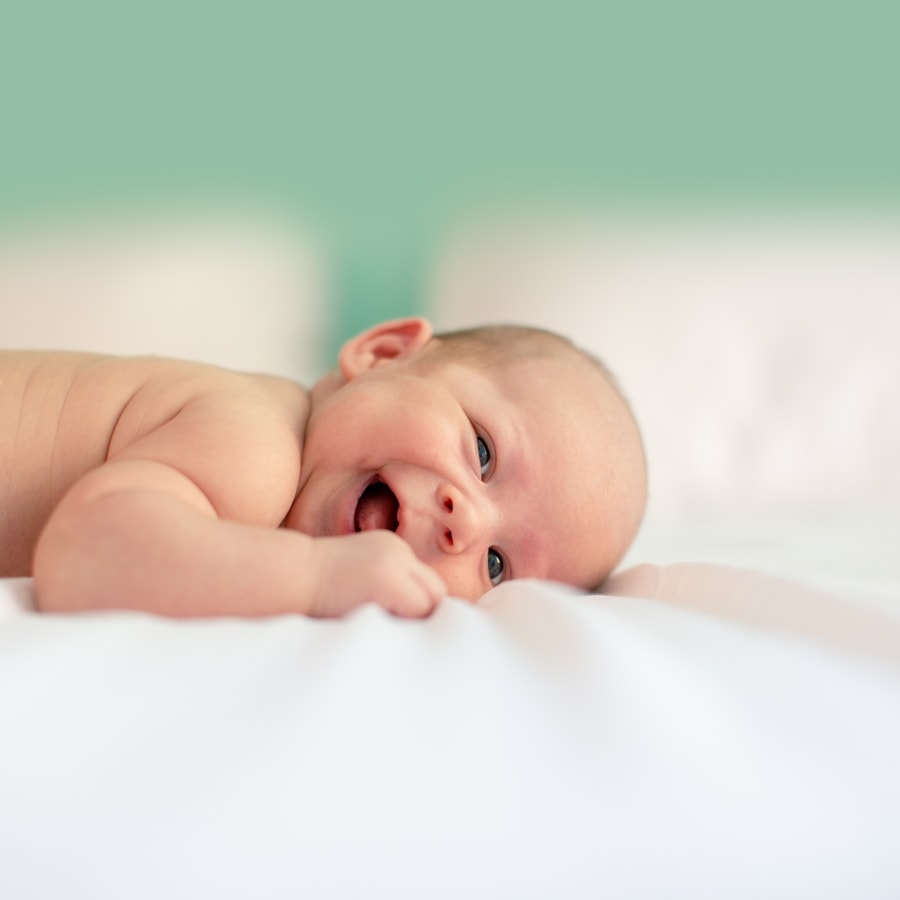 This will occur when your baby is around five weeks old. Your baby will become more alert and sensitive to sound and light. Your baby’s perception of what is going on around them is beginning to crystallise – it is no longer the soft, cushioned world baby was used to inside mum but a real place where real stuff is going on!

When it comes to developmental leaps, this is hugely significant. This is the beginning of awareness as opposed to mere absorption.

The second baby leap will occur around the eight week mark. This is a stage that recognises patterns. Not patterns as in ‘zig zag’ or ‘polka dots’ but the way that shapes work together and the impact of light and shadow. New skills will develop like awareness of hands and feet which will see lots of very cute movement going on as this new skillset is explored. Your baby may make some simple sounds as well.

Mental leap three comes around the 11 or 12 week mark (approximately three months old). Here is where you will see the jerky, flailing like movements your baby has previously been making change into something slightly more controlled and intentional.

Awareness will continue to increase. Changes in tone, pets moving around the house, lights changing in brightness – all of these will be endlessly fascinating to your baby as they begin to delve further into their exploration of the big world around them.

This developmental leap should occur just shy of baby being four months old and it’s particularly significant! This is where a very basic understanding of cause and effect begins to come into play. A ball will drop if it is thrown which is a concept that was previously too complex to comprehend. This will be hilarious and a great experiment for your baby as they come to terms with every day events.

Occurring at about 26 weeks (just over five months), your baby will begin to explore the relationships between things. Coordination begins to develop, reaching and movement increases, and your baby will begin to realise if people leave a room. They do not have the awareness to understand that mum will return, and she has just gone to the bathroom – object permanence does not occur until later in development. They will notice change and shifts and feel very strongly about them!

There is a breather between Wonder Weeks leap five and six as your child explores their place in the world. When you come to around 36-40 weeks old (9-10 months), the minutia of existence begins to become clearer to your child. Studying crumbs and ants, squashing food, feeling sensations – these are all serious scientific experiments undertaken by your tiny scientist! Differences between taste becomes a very real thing and you may find some real messes beginning to develop. This developmental leap is all about categorising and making discoveries!

Jump forward to around 46 weeks (11 months or so) and the chaos of leap six turns on its head as organisation and sequencing begin to become apparent. Stacking, lining up, putting together, taking apart and making choices – these all become parts of play and are a vital developmental stage of exploration.

This will occur shortly after baby’s first birthday and is more advanced. Previously, your baby was learning about sequence (if I do this, then this will happen). What you will see in this next developmental leap is an extension of that concept with more of a ‘what if?’ twist. Exploration and trial and error will begin to play a big role in your house – expect your just-turned-one toddler to pull apart your kitchen draws!

64 weeks of age (roughly 1 year and nearly 3 months) brings with it an exploration of consequences and an establishment of social place. Here is where the ‘MINE’ cries will begin as your child looks to how language and relationships can serve a purpose when it comes to getting what they want or need. Imitation, role play, demanding behaviour, yes and no (especially no) can all play a huge role in this developmental leap. It’s exciting but it will be a big shift from the easily placated baby you remember!

This Wonder Week is the final stage. 75 weeks (or 17 months if your month counting skills have taken a dive!) will see your toddler become more flexible in terms of that rigid “MINE” fixed mindset you may have seen in an earlier stage. This is where values truly begin to develop in terms of relationships and interactions with others.

The Wonder Weeks and Your Baby

The Wonder Weeks allow parents to track and predict behaviour and anticipate what their baby might need from them. There are a variety of apps available to help you apply these concepts in your home.

Interested in how other parents survived the newborn stage? We have some great, practical tips right here!